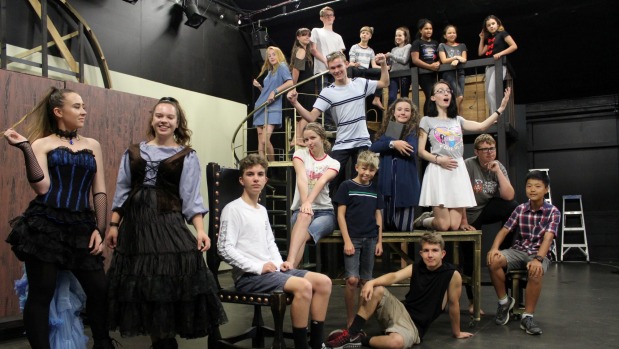 Much like Emma Watson, Meg Hargreaves is also hoping to wow audiences with her Beauty and the Beast debut.

The 15-year-old is playing Belle in Papakura Theatre Company’s junior production of the Disney musical at the same time the new film, starring Watson, hits screens.

Meg and her cast mates aren’t fazed by it though, as they’re hoping the hype will mean their friends and family want to come see their version even more.

It’s the second time she’s been in a production of Beauty and the Beast and says she’s loved being part of the show and making friends with everyone.

“When the audition notice went up on Facebook I screamed … I knew I needed to audition so I booked it that day,” Meg says.

“I’m definitely looking forward to seeing the audience smile and fall in love with theatre.”

Directed by Regan Crummer, there are 24 children in the youth production – aged 10 to 18 – which opens in the April school holidays.

For a lot of them it’s their first Papakura Theatre Company production and they’ve all become fast friends.

It’s the last youth show for Louise Parker, 18, and Dylan Shore, 17, with Louise cast in the company’s production of Catch Me If You Can later in the year.

Louise says the theatre is her second home – her mum is also the production manager – and for Dylan, it’s an opportunity to perform in one of his favourite musicals.

“This show was my childhood growing up and since it’s my last junior show I wanted to go out with a bang,” Dylan says.

“Even though the show teaches teaches girls they can be clever and intelligent it’s also targeted to all children that it’s good to stand out.”

The cast started rehearsing in February, and while they were some nerves to begin with, now they can’t imagine not seeing each other all the time.

“You make friends really quickly when you see them 12 hours a week,” Joanna Whitworth, 17, says.

“At first it was really scary because I’ve never done a show with this theatre before and thought everyone would be really mean to me but now we’re such a family.”

Beauty and the Beast Jr runs from April 20 to 29. Go to iTicket for tickets.