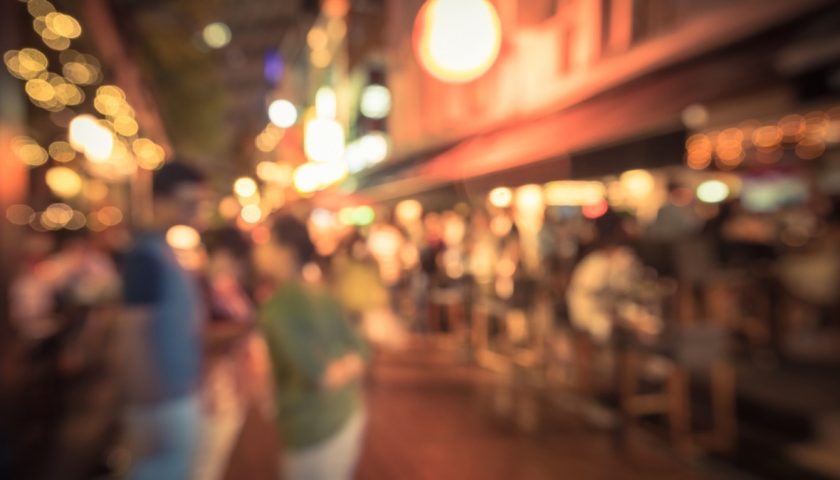 Each day this week, TheJournal.ie will highlight the cases of people affected by homelessness.

Speaking in the Dáil last week, People Before Profit TD Richard Boyd Barrett raised the cases of families and individuals affected by homelessness in the south Dublin area. Each day this week, TheJournal.ie speaks to some of the people whose lives are in turmoil as a result of Ireland’s homelessness crisis.

SINÉAD* IS A 30-year-old single mother living in a hotel room with her daughter in south Dublin.

Sinéad became homeless last month. Her old apartment is being converted into a coffee shop and she was unable to find an affordable place to rent.

When she learnt she was going to become homeless, Sinéad tried to pre-register with her local council (Dun Laoghaire Rathdown County Council) as homeless, but was told she needed to be actually out of her home before they could help her.

“That’s not good enough, they should have something in place for someone that’s becoming homeless,” Sinéad tells TheJournal.ie.

After she lost her home, Sinéad again went to the DLRCC offices and registered as homeless. The 29-year-old grew up in the Dun Laoghaire area, but says she was only given the choice to move into a hostel with her daughter in the city centre.

“I got very panicky and very nervous at this point,” she says.

“When you’re from a certain area and you’re not used to a certain way of life, it’s hard to be put into that environment.

I left there fairly upset and in fear of what was going to happen, thinking I’d rather sleep in my car or on the road than go into Dublin.

Sinéad wanted to examine the accommodation before she moved her daughter (who is four) in with her. But when she got to the hostel in town, she immediately wanted to leave.

“You had to walk through a pub to get to your room,” she says.

“And just the smell of drink and drugs throughout the place was just disgusting. I opened the window and took pictures. There were needles outside thrown on the window ledge and everything.

So at this stage I started to have panic attacks. I’d never had them before in my life. I got very depressed and I didn’t want to go back near the council.

She says that at this point she approached PBP TD Richard Boyd Barrett and he told her what she was entitled to and started to help with her dealings with the council.

Eventually she was offered a place for her and her daughter in a hotel in south Dublin, where she is currently living.

“Before all that, I had to get a medical report to say that I had a panic attack and stuff like that as well,” she says.

And I had to get a letter off the doctor to say that my daughter couldn’t be put in a damp environment because she had asthma.

Sinéad was originally given two weeks to stay at the hotel. But last week on the day she was due to leave, she says she managed to fight for an extra month.

She says she is unsure what will happen after that. She says the hotel is clean and the staff are friendly, but that not knowing what’s going to happen is a constant worry.

There are no cooking or clothes washing facilities in the hotel, but Sinead says she is lucky that her mother lives relatively close by.

“I’m better now because of where I am, I feel safe. But every day, you’re counting down the days until you’ve to be moved out of where you are,” she says.

Every day you’re counting down and it gets a little bit harder, and harder.

Sinéad used to work regularly as a tutor for children with autism. She has also worked as a carer for the elderly.

She wants to get back to work to be able to pay for her own place to live, but finds it impossible with her daughter only in pre-school. She spends her days trying to arrange viewings for homes to be paid for out of the Housing Assistance Payment (HAP).

But she says it’s impossible to find anywhere to live with the huge demand for places in the area.

“I’m at a viewing every day of the week and they’re not even acknowledging me,” she says.

There are 70 to 80 people at every viewing. It’s like a bidding war out there.

She thinks more joined-up thinking is needed at DLRCC and from government.

Sending her into Dublin city when her base is in Dun Laoghaire – with her mother’s house (where she can spend time and do her washing and cooking) and her daughter’s creche close by – doesn’t make any sense, she says.

“They wanted me to get two busses from town to school with her in the morning.

They think this is logic. Then I’ve to pay for breakfast, lunch, dinner and then bus fare back and forth.

She says it was important for Boyd Barrett to raise her story and the stories of other families in the Dáil, and that more needed to be done to highlight what people are going through.

She notes that she works hard to protect her daughter from the reality of what’s going on, but that it’s hard for both of them.

“With the situation going on now [my daughter] is nervous because we have no home. She doesn’t know whether we’re coming or going,” she says.

She says for now, all she can do is continue to look for a place to live that will accept her and her daughter and try to stay as positive as she can.

“At the end of one day I just sat down and laughed because I was about the break.

I was about to break and snap so I just laughed.

*Sinead’s full name hasn’t been used in order to protect her and her daughter’s identities.