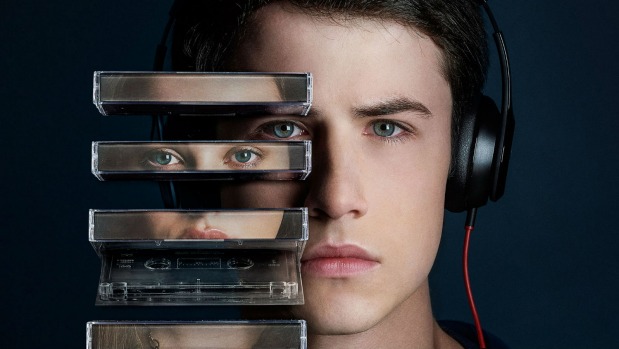 A writer on Netflix’s controversial teen drama 13 Reasons Why has defended the series’ explicit depiction of a character’s suicide, despite widespread condemnation from suicide prevention advocates.

“I stand behind what we did 100 per cent,” series writer Nic Sheff wrote in an essay for Vanity Fair.

“I know I was right, because my own life was saved when the truth of suicide was finally held up for me to see in all its horror – and reality.”

The popular series, based on the 2007 novel of the same name, is set in the aftermath of a teenage girl’s suicide, charting the incidents – including cyberbullying and sexual assault – that led her to death.

A confronting scene in the season’s final episode – which graphically shows lead character Hannah Baker (Katherine Langford) taking her own life – has earned rebukes from professionals and viewers both locally and overseas, who’ve labelled it “irresponsible” and “exploitative”.

In his essay, Sheff says he was caught offguard by the backlash.

“From the very beginning, I agreed that we should depict the suicide with as much detail and accuracy as possible,” he wrote. “I even argued for it – relating the story of my own suicide attempt to the other writers.”

Recalling a story told to him by a woman he’d once met while in drug rehab who had explicitly detailed her suicide attempt to him, Sheff said he believed being open about the realities of suicide could help with prevention.

“The memory came to me like a shock. It staggered me. And it saved my life,” he wrote.

“So when it came time to discuss the portrayal of the protagonist’s suicide in 13 Reasons Why, I of course immediately flashed on my own experience.

“It seemed to me the perfect opportunity to show what an actual suicide really looks like – to dispel the myth of the quiet drifting off, and to make viewers face the reality of what happens when you jump from a burning building into something much, much worse.

“It overwhelmingly seems to me that the most irresponsible thing we could’ve done would have been not to show the death at all,” he added.

“Facing these issues head-on – talking about them, being open about them – will always be our best defense against losing another life.”

Sheff’s defense echoes that of series creator Brian Yorkey, who outlined his intent in Beyond The Reasons, a half-hour discussion with the show’s stars and counselling experts that’s also available on Netflix.

“We worked very hard not to be gratuitous, but we did want it to be painful to watch because we wanted it to be very clear that there is nothing, in any way, worthwhile about suicide,” he said.

While some viewers have backed the team’s explanations, their defense remains at odds with the recommendations of mental health professionals.

“There is a responsibility for broadcasters to know what they are showing and the impact that certain content can have on an audience – and a young audience in particular,” Dr Steven Leicester, the head of the organisation’s online counselling service, said in a statement.

New Zealand responses to the show have prompted the chief censor to investigate issuing warnings and ratings for Netflix shows, which are currently exempt for the classification process.

Where to get help:

Kidsline (open 24/7) – 0800 543 754. This service is for children aged 5 to 18. Those who ring between 4pm and 9pm on weekdays will speak to a Kidsline buddy. These are specially trained teenage telephone counsellors.

Where to get help, sexual violence:

The Harbour, online support and information for people affected by sexual abuse

Male Survivors of Sexual Abuse Trust (Males only), Helplines across NZ, click to find out more

If you are in danger, or are being subjected to sexual violence, call 111.