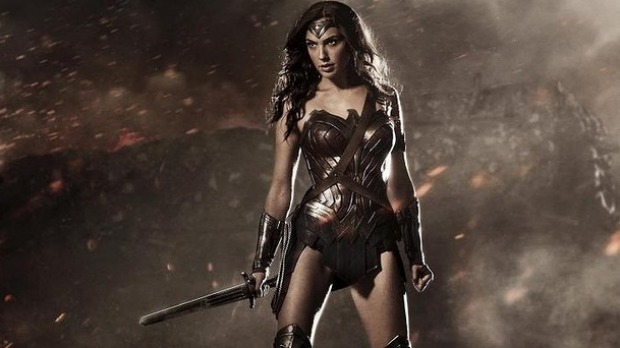 How does the fiercest woman ever to wield a shield like a killer frisbee prepare for the most defining moment of her on-screen career?

Chuck on Beyoncé, of course.

At least, that’s what actress Gal Gadot did immediately before auditioning for the lead role in the upcoming Wonder Woman film.

Speaking to W magazine, the former Miss Israel revealed she didn’t even know she was auditioning for a standalone Wonder Woman at the time. The directors asked her to come in for a screen test for Batman v Superman: Dawn of Justice. Waiting to audition, Gadot said, was like “torture”.

“They were looking at six or seven girls, and we were all in separate trailers and were told to stay inside until they called us,” she said. “Waiting is my enemy Number One, and I was losing my mind.”

So, what did the Wonder Woman-to-be do to calm her nerves? Turn to Queen B, of course.

“I decided to put on Beyonce,” she said. “Who runs the world? Girls! I just started to dance, and I let my anxiety go. Thank you, Beyonce!”

As it turns out, Gadot nailed her audition and appeared as Wonder Woman in Batman v Superman.

After that film was released, its creators decided it was worth fleshing out Wonder Woman’s backstory. Wonder Woman’s director Patty Jenkins has said herself that she thinks Batman v Superman’s casting directors couldn’t have chosen a better person to play the Amazonian warrior.

In order to prepare for the standalone film, Gadot underwent a gruelling fitness routine that involved kickboxing, jiu-jitsu, horse riding and even learning how to swordfight.

Wonder Woman is due to hit NZ cinemas on June 1.