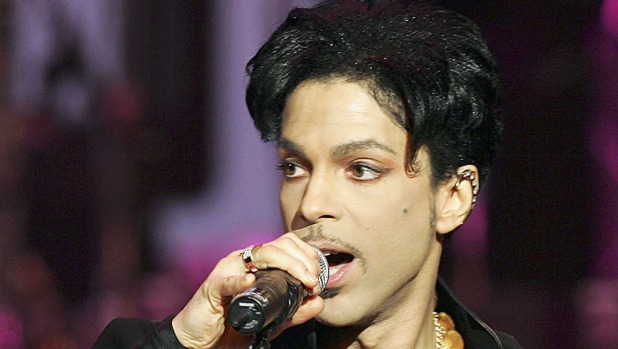 For Prince fans, the one-year anniversary of his shocking death from an accidental drug overdose is a time for sadness and celebration.

It was a year ago Friday that the music superstar was found dead at Paisley Park, the suburban Minneapolis recording complex where he lived.

Fans from around the globe have flocked to Paisley Park, now a museum, for a four-day celebration that includes performances by Prince’s former bandmates and panel discussions. Fans who didn’t want to pop for a $549 ticket to get into Paisley could head to a street party outside First Avenue, the club he made famous in “Purple Rain.” And the Minnesota History Center is staging a special exhibit of Prince memorabilia, including his iconic “Purple Rain” costume.

Here’s a look at how some of Prince’s fans are remembering his legacy and mourning his loss.

READ MORE:
* Prince sold more albums than anyone in 2016, even Adele
* New Prince music release blocked by US court
*Prince’s first posthumous song released
* Prince is dead: Full coverage
* Photos: Prince’s life in pictures
* Quiz: How much of a Prince fan are you?

A 6-HOUR DRIVE FOR PRINCE

Mary Adams and her 10-year-old daughter, Rachel, visited First Avenue on Friday to pose for a picture in front of Prince’s star, repainted from silver to gold soon after his death.

Adams grew up listening to Prince. After he died, she got her first tattoo _ Prince’s glyph adorned with open lilies _ on her arm.

“He’ll always be with me now,” she said.

Adams said Prince’s tenacity and drive to do things his own way helped Adams, an actor, realise it was OK to be herself.

“He inspired me to be me, and I love him for it _ and I always will,” she said, choking up.

She planned pilgrimages to the Minneapolis house made famous in the movie “Purple Rain” and to Prince’s old neighbourhood. She and her daughter went to Paisley Park but weren’t allowed to leave a memorial _ a purple lei and a card _ at the fence outside.

“This should be a time when we should all be able to go there and pay our respects and say our goodbyes _ and it feels like you have to pay a small fortune to get in, and it breaks my heart,” she said.

“I don’t think he would dig that.”

Malinda Listenbee, 46, of Huntsville, Alabama, wore a Prince shirt as she and her husband Ulton waited to enter Paisley Park.

She recalled hearing about Prince’s death a year ago by overhearing nurses talk about it while at a doctor’s appointment. She said it felt like she lost a family member.

The couple had already been to Paisley Park once, in November, when they took a VIP tour and played on Prince’s ping-pong table.

“I feel like this is a time to celebrate,” she said. “This is a happy space.”

Rhonda Soso, of Compton, California, was among fans shooting pictures outside Paisley Park. She wore a pendant of Prince’s symbol, which she had also spray-painted in black along the legs of her white pants.

Soso said she was there “just to be part of the purple family, the purple army.”

She said it was difficult to no longer have Prince, but “his spirit, his energy is still with us.”

Liz Larson, 36, of Minneapolis, stopped by the star outside First Avenue on her way to work Friday to pay her respects.

She said her mother was a singer in the 1980s and would sometimes hang out with Prince at First Avenue. Larson remembers being at concerts there herself when Prince would suddenly show up to play.

Prince’s music “was something you could always put on if you wanted to make people dance at a party,” she said. “It would always shift the mood.”

Larson felt isolated last year when Prince died – travelling on business with co-workers who didn’t share her grief. This year, she planned to be at First Avenue’s dance party Saturday with her husband and 6-month-old son – in a Prince onesie.

Ryan Matson, 39, of Ramsey, also stopped by Prince’s star to get a photo. He said he had always liked his music, but “after he died, you started liking his songs all over again.”

He planned to go home after work, have a few beers and watch Purple Rain.