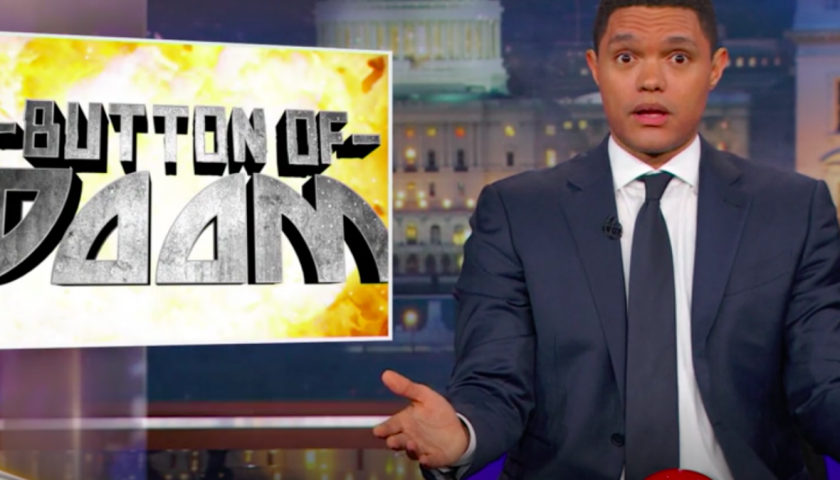 The world Doomsday Clock, which tracks how close we are as a planet to total and utter catastrophe, currently stands at just two and a half minutes to midnight. That means we’re nearer to the end of civilization than we’ve been since the 1950s, so on Monday, Trevor Noah introduced a new game show called “Button of Doom,” which is about as funny as it is anxiety-inducing. The game uses a literal doomsday button to offer up some slot-machine style speculation about where World War III will begin. Will it come from the United States’ missile strike on Syria, which has surely angered Bashar al-Assad, “the love child of Screech and Slenderman”? Or perhaps it will begin in Afghanistan, the result of us dropping “the mother of all bombs”?

Or maybe it will start in North Korea, prompted by a combination of Trump’s taunting tweets and Mike Pence’s recent visit to the demilitarized zone between North and South Korea. “You know how Mike Pence won’t have dinner with a woman without his wife there?” asked Noah. “He brought his wife with him to the demilitarized zone, like he worried that in the middle of the land mines there might be a woman at a table.” Karen Pence will surely also be by her husband’s side as we are all engulfed in flames during the nuclear holocaust—if Pyongyang can get its missiles working, that is.