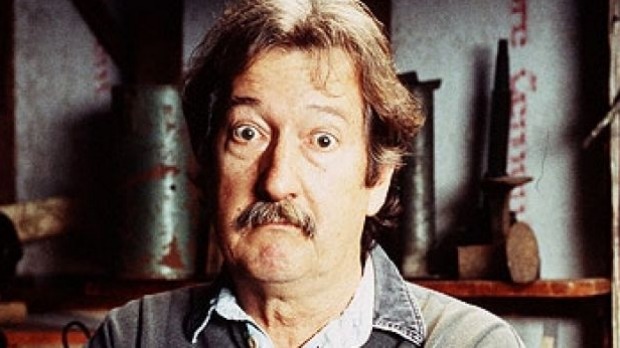 In almost 50 years of Australian cinema, there can’t be a film with more fondly remembered lines than The Castle.

“This is going straight to the pool room” has become part of everyday conversation. So has “Tell him he’s dreaming”, “It’s the vibe” and “How’s the serenity?”.

There are plenty more lines that are also regularly quoted, “Waddya call that, love?”, “We’re going to Bonnie Doon” and “Can you move the Camira? I need to get the Torana out to get the Commodore”.

The warm-hearted comedy about Darryl Kerrigan’s battle to save his home from compulsory acquisition for an airport extension opened 20 years ago this week.

READ MORE: * The Castle home to be relocated, turned into museum  * The Castle movie house fails to get heritage listing * 17 homes in cinematic history that left a lasting impression

While there are plenty of Australian films that admired, there are precious few that are genuinely beloved. The Castle is one of them.

Yet when it opened in 1997, some critics ripped into it. “The Castle is out to get laughs, and it gets them the wrong way: by making Darryl and his family into figures of fun,” wrote one. “One moment we are asked to sympathise with their plight, in the next to sneer at their naive simple-mindedness.”

The film industry didn’t warm to it much either. The Castle wasn’t even nominated for best film at the Australian Film Institute Awards in 1997, when the thriller Kiss or Kill won from Blackrock, Doing Time For Patsy Cline and The Well.

You’d think Michael Caton must have won best actor though for playing Darryl – now seen as one of the great comic performances in Australian film. Not so: the award went to Richard Roxburgh for Doing Time For Patsy Cline.

In among a batch of films that are mostly dimly remembered, The Castle won just best original screenplay for Santo Cilauro, Tom Gleisner, Jane Kennedy and Rob Sitch, who also directed it.

But plenty of other critics and cinema-goers saw the affection the Working Dog team brought to a film that cost a bargain basement A$750,000 and took more than A$10 million at the box office.

Watching The Castle again now, the familiarity of the jokes adds to the enjoyment.

While the cinematography and design are about as basic as you get and some of the acting doesn’t quite work, the balance between comedy and heart is handled beautifully.

As well as the famous lines, some of the visual gags still have you laughing out loud: like when Tracey and Con walk back from the airport with their suitcases after their Bangkok holiday and when Darryl serves up a lump of charcoal masquerading as steak saying “who ordered medium rare?”.

And you have to admire the resourcefulness behind the film. Coming off the success of the TV news satire Frontline, the Working Dog team wrote the script in just two weeks and shot it in 11 days.

If the story is familiar – an ordinary man takes on uncaring system and wins – it is given new life in The Castle. Partly because it’s such a likeably daggy portrait of suburban Australia, partly because Darryl is such a warm-hearted optimist and partly because the family’s connection to their home is also a story about Aboriginal land rights.

The other great performance is by Bud Tingwell as retired barrister Lawrence Hammill. He says a lot with a look.

A decade ago, Oscar-winning British producer David Puttnam (Chariots Of Fire, The Killing Fields) reckoned it was time for a sequel to The Castle focusing on Farouk, the Lebanese neighbour who likes the planes that fly over his home because, unlike the ones in Beirut, they don’t drop bombs.

Mad Max: Fury Road aside, long-delayed sequels rarely recapture the magic. Let’s just enjoy The Castle for the classic it is.