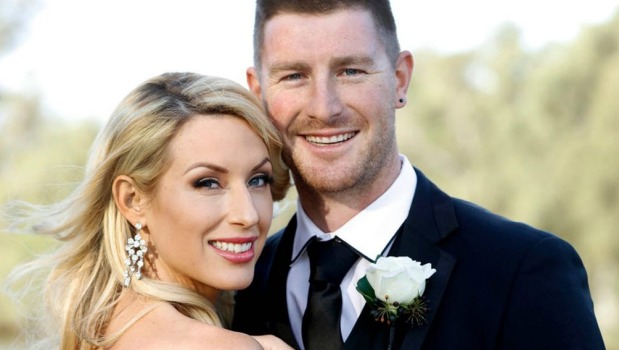 OPINION: When I wrote last week about the utter hypocrisy of Married at First Sight Australia, I didn’t think it could get any worse than an Australian reality TV show that forces two complete strangers to get married on the spot.

I stand corrected, because over the weekend MediaWorks announced plans for a local version of the popular franchise. While the news was greeted warmly here in New Zealand by fans of the Aussie version, it also dealt a blow to anyone who was hoping for 2017 to be a year when commercial, free-to-air television networks invested in quality, original New Zealand productions instead of re-hashing tired old overseas formulae.

That Married at First Sight NZ will be a bit hit ratings-wise is almost without doubt.

It will join The Bachelor NZ in TV3’s stable as one of the most hyped, and watched, reality TV shows, regardless of the actual quality of the content or on-screen, ahem, talent. Both franchises take a well-worn but commercially successful pattern. Find some people who are interested in finding a partner, put them in a contrived situation that will provoke a range of emotions, let them drink as much beer and wine as they like and keep the cameras rolling. There are tears, unhappiness, stress, shouting and talking nasty behind people’s backs, with the odd tender moment thrown in.

It shouldn’t be as popular as it is, and there are funny, original, heartwarming and ultimately kind reality TV shows out there but without the big marketing budgets and crass product placements they simply don’t make money and therefore rarely get made.

And that’s the real shame about all of this. It would be easier to live with the MAFS machine if there was somewhere for viewers to literally switch to for great, local content, but sadly there’s not.

Maori Television does a wonderful job with amazing local programmes but its limited by budgets and marketing reach and can’t be expected to be the sole producer of good, original television. That should be a goal all NZ networks strive to achieve but instead all they seem focused on is how to squeeze every last available advertising buck out of boring and unoriginal shows.

The Crowd Goes Wild executive producer Ric Salizzo bluntly put it with his tweet: “If only they used the money for Married at First Sight NZ on making a brilliant, original NZ TV show”.

And it’s clear MediaWorks wants to strike while the ratings iron is hot with plans to have Married at First Sight NZ on the air before the end of 2017.

A casting call has already gone out for singles “genuinely ready to commit to love” who are over 25, “from any background, ethnicity and sexual orientation”.

I am sure Married at First Sight NZ will completely dominate our screens and everyone I know will watch it and love it and I will probably cave and start to watch it too. We will all get sucked in to all the faux romance and drama and I will start to convince myself the producers actually want to help emotionally vulnerable people find love, not that they are just manipulating the contestants to deliver tension-filled television that will rate through the roof.

Meanwhile there will be wonderful and creative scripts and pitches for seriously good dramas and comedies and documentaries that will go unread and unfunded and talented writers and actors and producers that will either give up and look for work overseas or give up the dream and end up working on the next big thing: The Bachelor Gets Married at First Sight to The Block’s Twin Sisters Who Were Married to the My Kitchen Rules Best Mates.

But it’s not all doom and gloom on the original TV front. Don’t forget we have TV3’s Slice of Paradise to look forward to. It sounds like nothing we’ve ever seen before: a reality show about the property market. Can’t wait.