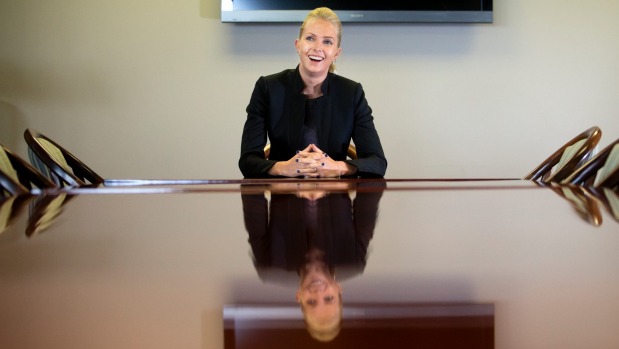 No job is safe from the inevitable robot takeover, it seems.

Taxi drivers, fast food workers and builders are among those whose roles are said to be at risk of automation, but now even lawyers are taking steps to prepare for the future.

A legal firm in New Plymouth has created a head of innovation and opportunities – a first for the region – with the aim of future-proofing the industry.

And while Sophie Braggins has bagged the brand new role at Govett Quilliam, after less than a week at her desk, she’s already been looking to “larger firms in larger cities” that have already “embraced innovation” to help guide her.

“It will really be a matter of feeling my way,” said Braggins, former managing director of accounting firm Strategy Collective. “Anything I do from here will be the benchmark.

“I worked closely with the business community. I guess it gave me a lot of exposure to the very, very clever things people are doing in their individual spaces and how they go about doing that.”

While Braggins believed the legal industry faced no immediate danger, she said that wouldn’t always be the case and it was important to prepare.

“There is an element of what lawyers and legal support staff do that is becoming redundant through things like automation and technology,” she said.

There is already documentation automation software called Automio, co-founded by New Plymouth lawyer Claudia King, that allows clients to answer a series of questions online to automatically create a legal document, such as a will.

And as these innovations continue, lawyers and accountants could lose more and more of their work to computers.

While the study largely focussed on service sector employees, it found most professions had repetitive actions that could easily be performed by a robot.

“There’s so much research on the trends out there, internationally, sort of disrupting the legal space,” Braggins said.

“But in New Zealand, we feel as though we’re a little protected from those international trends when in reality it won’t be that long before it hits us.”