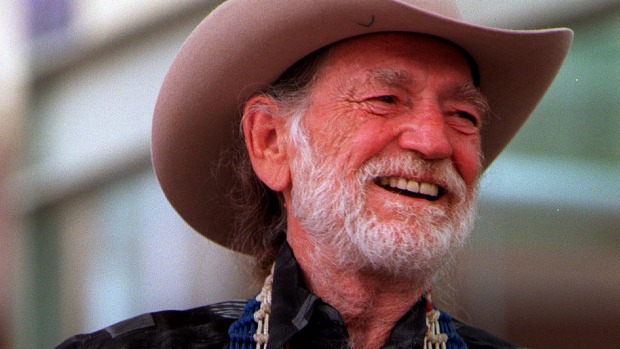 That he’s even alive after an often turbulent and reckless life is an achievement in itself, and one that sets him apart in a business that’s not usually associated with feats of longevity.

Nelson is unusual in that he was something of a late starter. He initially won recognition as a songwriter and was well into his 40s before anyone took notice of him as a singer.

Perhaps there’s something to be said for long incubation periods, because musicians tend to follow the reverse pattern.

Jimi Hendrix would be 74 if he were still alive today. Jim Morrison of the Doors would be 73, John Lennon would be 76 and Elvis Presley 82. But of course they all peaked early and died relatively young.

I sometimes wonder how they would have turned out had they lived longer.

I suspect they wouldn’t have aged well. In fact, the signs of decline had already appeared in the latter three, and even Hendrix seemed to have lost his way musically when he died at 27.

His most creative years already seemed behind him.

If you wanted to be cynical, you’d say all four probably did their image a favour by dying young. Because the evidence suggests that most pop and rock stars enjoy a few glorious years of peak creativity – sometimes described as their “imperial phase” – after which they go into decline.

“Intensity and longevity are natural enemies,” the American novelist Jack London is supposed to have said, and there’s ample evidence that he was right, at least when his aphorism is applied to music.

Steve Winwood was brilliant in his youth – he was barely 17 when he wrote and sang Gimme Some Lovin’ for the Spencer Davis Group – but he hasn’t done anything notable for decades.

Jimmy Webb wrote an extraordinary string of hits – Up, Up and Away, Wichita Lineman, MacArthur Park – in the late 60s and early 70s, but who can name anything of significance that he’s done since?

Neil Diamond? Stevie Wonder? Elton John? My case rests. And of course we can only speculate on what Buddy Holly and Sam Cooke might have achieved had they not died young, but perhaps they too had already peaked.

Neil Young confronted the transience of rock stardom in his 1979 song Hey Hey, My My, with its famous line: “It’s better to burn out than to fade away”.

The irony was that Hey Hey, My My and the album it was taken from, Rust Never Sleeps, revitalised Young’s career. Today, he’s one of the few survivors of 1960s rock who still commands respect for continuing to push himself in new directions.

Others have almost become self-parodies. It may be heresy to say this, but I reckon Eric Clapton is one example.

He’s still idolised, but no one daubs “Clapton is God” on London walls anymore. The incandescent talent that he displayed with the Yardbirds and Cream in the late 1960s, when he seemed to discover guitar notes that no one had ever heard before, soon faded.

Then there are the Rolling Stones, still trading on their past glory – which, to be fair, is all their fans want.

No one goes to a Stones concert expecting to hear interesting new material. The band haven’t had a major hit since the 1980s and on their most recent album, Blue and Lonesome, regressed to their early 1960s roots by recording songs by black bluesmen including Willie Dixon, Howlin’ Wolf Burnet and Jimmy Reed.

But it wouldn’t surprise anyone if the Stones are still rolling in their 80s, like Nelson.

The Beatles had a slightly longer imperial phase than most, starting in 1963 and peaking in 1967 with the Sgt Pepper album. Their musical evolution over those four years – with guidance from their inspirational producer, George Martin – was astonishing, but by the time of their White Album in 1968 you could sense that their best was behind them.

They were sounding less like a cohesive unit than four individuals pursuing their own projects. Most notably, the extraordinary chemistry that had made Lennon and Paul McCartney the most successful songwriting team of the rock and roll era had evaporated.

When the band released their Abbey Road album in 1969, it didn’t consist of songs so much as fragments of songs, few of which sounded as if they had been fully developed. The magic had gone.

But back to those rock stars whose imperial phases ended abruptly in death. “Live fast, die young and have a good-looking corpse” was a famous line from the 1949 movie Knock on Any Door.

The words are often applied to the screen idol James Dean, who died in a high-speed car smash at the age of 24, after just three movies.

Dean was eternally preserved as his fans wanted to remember him – a bit like Hendrix, Morrison and the rest. But what a price to pay for immortality.