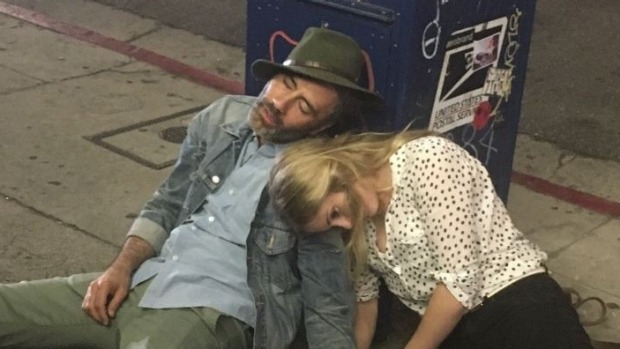 “I love LA,” Waititi captioned the chicken shot. “You can find free sacks of half nibbled fried chicken just sitting on the pavement in broad daylight!”

Later, Waititi and Kiwi actress and iZombie star Rose McIvor, got up close and personal with the pavement’s of Hollywood.

A shot showed the couple slouched against a mail box, with the caption:”Los Angeles is good for your spiritual growth! Also, very worried about @imrosemciver #intervention”.

McIvor wasn’t the only star Waititi was hanging out with in Hollywood, the 41-year-old shared a snap of himself with ​the original 90210 heartthrobs, Priestley and Perry.

An uploaded photo of the trio giving the camera the full Blue Steel was captioned: “The signs of Ragnarok are everywhere.”