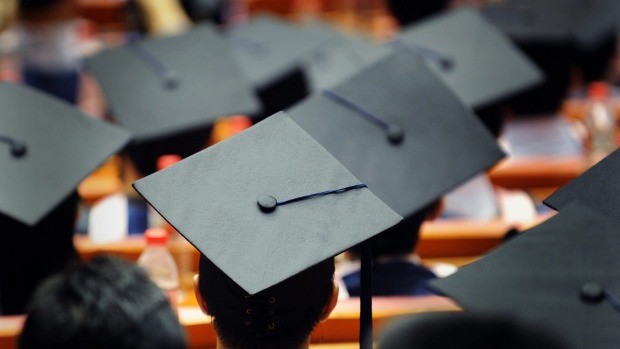 Whanau are getting in the way of Maori and Pacific students pursuing tertiary study, according to a training provider — a claim Labour’s Carmel Sepuloni has dismissed as “outrageous”.

Literacy Auckland North said it was battling a complex issue – students’ family lives were stopping them from turning up to class.

The not-for-profit organisation teaches literacy, numeracy and other life skills to adults to improve their employment prospects.

“There might be one person within the family who has actually decided they want to better themselves, they want to get out of the cycle of poverty or violence,” she said.

“And very often, other family members actually resent the fact they’re wanting to improve themselves. They become obstructive and prevent them from studying.

“Certainly it’s not all our students, but it is something that we are aware of. The lack of support becomes too great, and they stop coming.”

She believed it was a nationwide issue, especially prevalent among Maori and Pacific students. The family interference could range from refusing to give the student a quiet study environment, to physically preventing them from coming to class.

“There’s a number of reasons friends and family hold people down, but it’s a source of deep sadness for tutors.”

FAMILIES DO NOT HINDER STUDY – LABOUR

“It is outrageous to say that family is getting in the way of Pacific students pursuing tertiary education,” she said.

“The overwhelming majority of Pacific families value the importance of tertiary study and have a great sense of pride in family members who undertake study. Many of us have experienced first-hand the role that education can play in escaping hardship.”

​”In my experience all families have some level of dysfunction, and I refute the implication that Pacific families are inherently more dysfunctional than others.”

“You only need to attend a Pacific graduation ceremony event to visibly see the support of Pacific families and hear first-hand from students the invaluable nature of the love and encouragement received from family members.”

She conceded life could be “more challenging” for Pacific people. They were more likely to live in overcrowded situations, and to come from lower socio-economic households.

“The pressure to find employment in order to contribute to the household is real for many young people, and everyday life battles as a result of these environments can of course sometimes interfere with a person’s ability to focus on study. In saying that – these realities can’t be applied to all Pacific peoples.”

“I’ve had two [students] come along to me – let’s not get this out of proportion – but they both said we can’t carry on, the family doesn’t like this,” Holland said.

“The family didn’t think it was the thing they should be doing. The family was basically obstructing them. I just found it strange. I dealt with two Maori students with the same story.”

He said “it would be a help” if whanau were more involved in a student’s learning.

University of Otago’s National Centre for Lifecourse Research found that although Maori university graduates describe whanau support as the top factor that helped them to complete their qualifications, family responsibilities and commitments also made completion of their studies more difficult.

The findings are from the Graduate Longitudinal Study New Zealand (GLSNZ), an ongoing project that, over a 10-year period, will investigate the employment, health and social outcomes of more than 8700 graduates from all eight New Zealand universities.

Researches asked 600 Maori students in their final year of study what they found helpful or challenging to the completion of their qualifications.  Respondents said their whanau provided practical support like accommodation and childcare, as well as emotional support and the motivation to succeed.

However, childcare, work commitments and financial pressures often got in the way of study.

“[Maori students] were having to work,” she said of the survey’s findings. “They were employed. Things were tight in terms of money, so there were inter-related hindering factors, and family responsibilities were part of that.”

Maori students were more likely to be older and responsible for their families. One-third were parents, compared with around one-fifth of the general university population. Half were the first in their immediate families to attend university, meaning they were often in need of course advice.

“It’s not necessarily a young student straight out of school that’s come from a professional family. They have less help in terms of navigating those big institutions.”

“To support Maori to succeed at higher levels in tertiary education, ongoing work is required to reduce and remove existing barriers to their university completion,” she said. “In particular, the need to work with whanau to support student participation and achievement is important.”

Universities and training providers could engage with whanau in a number of ways — for example, Otago University held a welcome powhiri for students and their families at a local marae. ​

In 2012, TEC set a target for universities to have the same enrolment and pass rates for Maori and Pacific students as other students by 2018.

But with Maori degree completion rates averaging 66 per cent, about 14 per cent lower than those of the general university student population (almost 80 per cent), TEC scrapped the deadline in February, in favour of different targets for each institution.