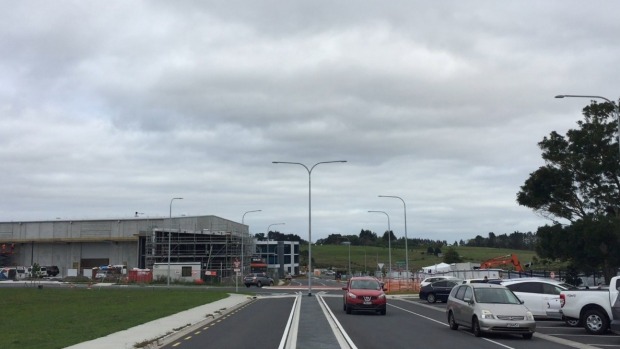 A West Auckland school slated to carry out a contentious asbestos removal is providing more information to try to allay community fears.

A meeting was held at Hobsonville Primary School on Wednesday night with representatives from the Ministry of Education, removal company Green Way Limited and a public health physician.

Estimated to take around three weeks, removal work, which was delayed by parent protest, will now begin in the school holidays, on April 18, with an estimated completion date of May 5 – a week into next term.

Green Way director Sebastian Jonsson said, until they started clearing the site, they did not know whether the removal portion of the work will continue into the first week of term two.

Around 30 parents attended the almost two-hour long meeting, where removal procedure and health impacts of asbestos were discussed.

Time for an extended question and answer session was also given.

Jonsson outlined the safety procedures that would be followed, including keeping the soil continually damp throughout the day and then covered at night, using air monitors and having an exclusion zone of 30 metres around the site.

Concerns related to onsite safety, procedure in the case of site incidents, and having a contingency plan for those wishing to not attend school in the first week after the holidays should the work still be going on.

Some parents said they felt communication had been inadequate, and they had not been receiving messages about the removal.

Parents could expect to be contacted on April 28 to be advised as to whether the removal work had been completed.

Norman said the school could not enforce penalties for non-attendance, as this was under the ministry’s jurisdiction.

He also said he took on board feedback regarding communication, and the school would review parents’ communication preferences.

Removal work was originally scheduled to start in the week of March 20 but was put on hold due to parent protest about having the work carried out in school hours.

Asbestos was discovered at a pre-site inspection for a ministry-led project for a new drop-off in October last year.

Of the 700 tonnes of soil to be removed, approximately 360 tonnes was suspected to have some asbestos contamination – fragments from cement stormwater pipes.

The pipes were removed prior to the ministry taking on the project.

The drop-off zone is estimated to be completed around mid-June.