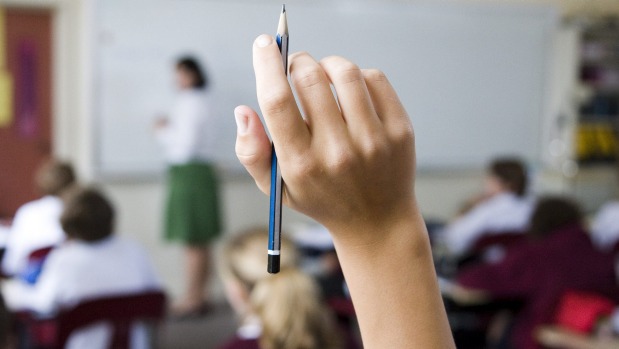 A Wellington principal has raised concerns that a possible replacement for the school decile funding system will not deliver better outcomes for at-risk children.

A system known as the Predictive Risk Modelling Index has emerged as the likely successor to the decile funding model, which has long been criticised as blunt and clumsy.

“I am not confident. There are too many unknowns. Where is the Ministry [of Education] modelling to give the sector confidence?”

The Government has long been keen to see the back of funding by decile – which represents the average number of socially and economically disadvantaged students at a school.

But the debate has taken on greater urgency, as Education Minister Hekia​ Parata prepares to relinquish her portfolio on May 1, after more than five years at the helm.

The index, if introduced, would see schools and early childhood centres given more funding based on the number of “at-risk” students it has on its roll.

In what was seen by some as a trial run for the incoming system, the Government froze schools’ operational funding in the Budget last year in favour of targeted funding for 150,000 children.

Each qualifying student earned their school an extra $92 for the year.

Patara, principal of the decile 10 Clyde Quay School in Mt Victoria, had 28 students identified as at-risk in the targeted funding, but was not told who they were because of privacy concerns.

“If [the decision] was passed with the very, I believe, thin bit of information that we’ve got at the moment, without any modelling for schools, I am predicting you’re going to have concerns bordering on quite possibly angry schools out there – especially if they’re going to lose funding from what they’ve received under the decile system.”

“It’s just insufficient. That’s less than six hours of teacher aide time for a whole year. That’s not going to get it done.

“If the Government wants to reduce the gap between low socio-economic status students and our high performers, it is going to take considerably more investment in those learners.”

Despite this, Boyle’s preference was for a more needs-based system over the incumbent decile model, but believed it was unlikely any change would be made before Parata’s departure.

New Zealand Educational Institute president Lynda Stuart said it was pivotal that any incoming system protected privacy and did not “stigmatise” students or schools.

“We need to ensure that, where there are inequitable life opportunities for children, then we are absolutely ensuring that our education system provides them with the equity that they need.

“The problem has been with the decile system, we’ve had it for over 20 years now, and that whole thing about stigma has still remained,” Stuart said.

The Auckland principal added that any replacement for decile funding needed to be “strongly interrogated”.