Orkambi – as well as the drug Kalydeco – will now be available for CF sufferers from 1 May.

YESTERDAY’S ANNOUNCEMENT THAT a deal has been reached on principle on the cystic fibrosis drug Orkambi – meaning that the medicine will be available from next month – has been met with joy by campaigners.

It’s been a long road for sufferers of CF and their loved ones – who have been campaigning to get the drug Orkambi approved by the HSE for many months.

Health Minister Simon Harris’ comments in the Dáil yesterday that a deal in principle had been reached between the HSE and drug manufacturer Vertex was well-received.

Orkambi – as well as the drug Kalydeco – will now be available for CF sufferers from 1 May, Harris said.

He said that further work in the coming days by the HSE would “bring the matter to finality” and that the drug would be available from next month.

Long-standing CF campaigner Jillian McNulty – who has been on a trial of the drug for the past four years – was overcome with joy when the news broke.

It’s an amazing day and obviously we can now get on with our lives and not to be out fighting anymore.

In an emotional Twitter video, McNulty thanked people who had helped in the campaign to get the drug secured for CF patients.

“I’m just so, so happy that finally CF sufferers have access to Orkambi,” she said. 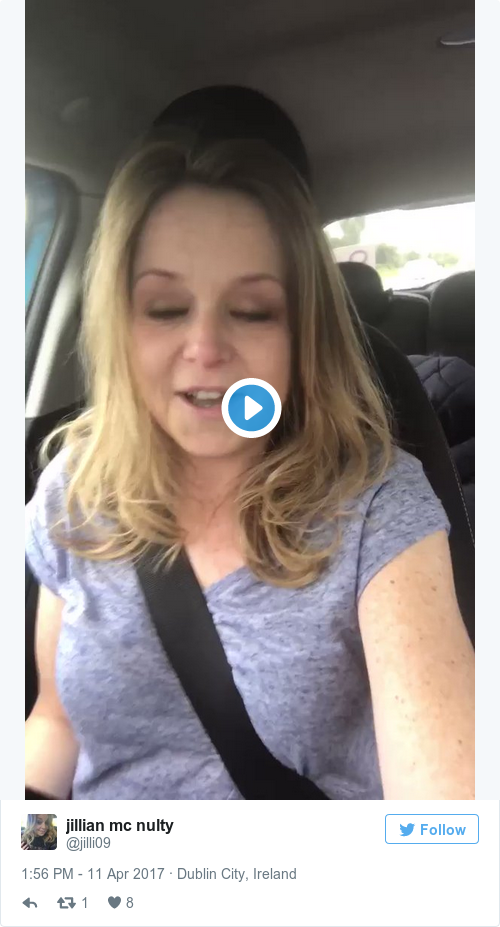 (If you can’t view the video, tap here)

Cystic Fibrosis Ireland also welcomed the news, paying tribute to all in the CF community who had campaigned so long to get the drug approved.

“The development is especially welcome, coming as it does during Cystic Fibrosis National Awareness Week, with 65 Roses Day taking place countrywide this Thursday,” a spokesperson said.

Jillian McNulty speaks to demonstrators outside the Dáil.

McNulty has been campaigning tirelessly in order to pressure Government into the approving the drug after she saw huge improvement in her own condition after taking it.

“It’s completely transformed my life – before Orkambi I would have needed to spend eight to nine months a year in hospital,” she told RTÉ Six One news yesterday.

My general quality of life was poor – in the last three-and-half years I’ve only spent 12 weeks in hospital.

I’ve got so much energy, I very rarely have infections, I can just keep going like a normal ‘healthy’ person.

McNulty said that now she hoped other people suffering from CF would get to benefit from the drug.

In the region of 550 CF patients in Ireland will now be able to take Orkambi once the final deal is reached.

It’s been a long road to approval for Orkambi, with the drug originally considered too expensive for the HSE to fund.

Late last year it seemed as though the drug would not be approved, with the cost being touted at €159,000 per patient per year.

However long negotiations between the HSE and Vertex resulted in a deal being reached, the full terms of which are not yet available.

“I want to recognise the work the HSE has put into these negotiations over a long period and I thank them for that,” Harris said yesterday.

The HSE said yesterday that the latest negotiations had “provided a positive outcome in relation to commercial terms, which now allows the means for a final process of approval to take place”.

There was also wide cross party support for the deal, with TDs from across the political divide welcoming the news.

“Despite many setbacks over the past number of years, they never stopped fighting, they never gave up hope, and finally they have the decision they have dreamed of,” Fianna Fáil leader Micheál Martin said.

Sinn Féin spokesperson on health Louise O’Reilly said the decision was ”a victory for the campaign of cystic fibrosis patients and their families and is a ringing endorsement of their hard work”.

A demonstration that was due to be held today outside the Dáil in relation to Orkambi will not be going ahead in light of yesterday’s news.