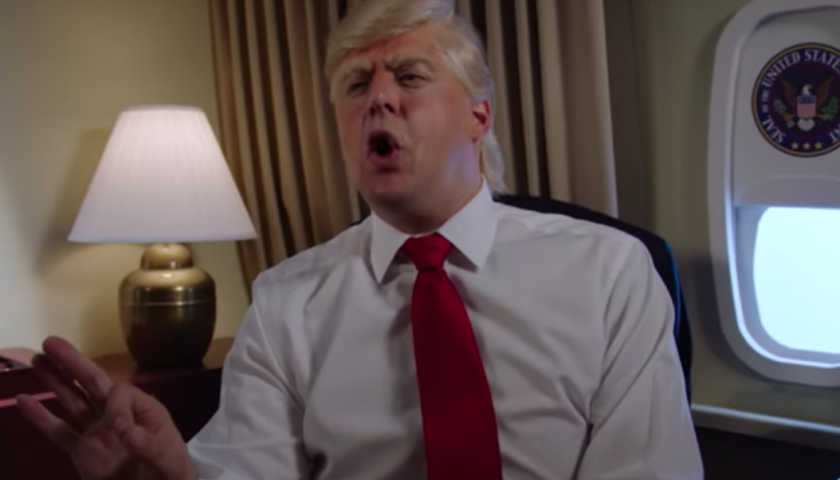 The hottest new Fake Trump in late-night, Anthony Atamanuik, shouldn’t be short on new material: look to the president’s failing to remember Kim Jong-Un’s name, that bizarre aircraft carrier mishap, or those perfect Easter screencaps for evidence from the past few days alone. But in a new promo for Atamanuik’s upcoming The President Show, we see the improv comic reviving an old but certainly not exhausted topic in the realm of Trump scandals: Trump University. “I didn’t have any experience in education and then I created a very successful Trump University,” he asserts to an unseen press pool in character. “One of the great universities.”

Ahead of his show’s premiere next week, Atamanuik also stopped by the Washington D.C. tax march on Saturday, where he demonstrated just how precisely he could nail a winding, angry, tangent-ridden Trump speech: “Remember American carnage? It’s unbelievable. So much—it’s even gotten better,” he riffed. “How are you guys loving the American carnage right now? 85 days of feeling like garbage. Isn’t it great? Isn’t it great?” Whether or not we need more reasons to laugh and sneer at this horror show of a presidency, it’s hard denying that Atamanuik can really capture the caricature at its center.

The President Show premieres April 27 at 11.30pm on Comedy Central.