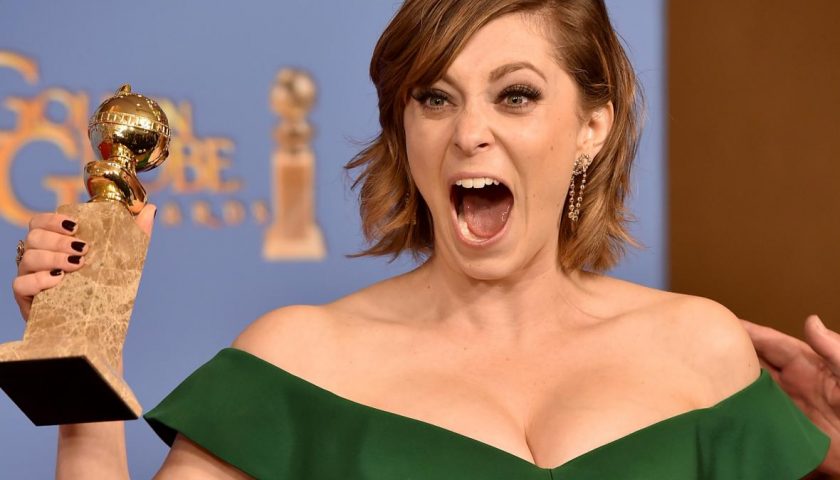 Only Crazy Ex-Girlfriend’s cast and crew could attend a panel for prospective Emmy voters and wind up with a musical extravaganza. The CW show made their best case at a For Your Consideration Event last week by reminding voters that Crazy Ex-Girlfriend is no ordinary program. The show’s mastermind and star, Rachel Bloom, was joined by co-creator Aline Brosh McKenna, choreographer Kathryn Burns, songwriter Jack Dolgen, and a good portion of the cast to discuss the making of the CW’s beloved and bizarre hit. And fortunately for us, they also performed some of this season’s best songs, live.

Scott Michael Foster, a relative newcomer to the show, proved why he deserves his new promotion to series regular with a live rendition of “Let’s Have Intercourse,” which plays up the show’s many meta-jokes about the actor’s handsomeness.

Donna Lynne Champlin, who plays Rebecca’s onetime sidekick Paula, has been submitted for Emmy consideration this year for supporting actress in a comedy, and no amount of chit-chat about her character’s development could be more persuasive for a nomination than Champlin singing “Maybe This Dream,” a Disney princess-style “I Want” song about Paula’s doubts as she embarks on a new life and career. It shows off both Champlin’s vulnerability and her impeccable comedic timing, and the Broadway veteran absolutely nails it live.

Some cast members and guest stars weren’t in attendance, but the rest of the cast was ready to step in where needed. “Remember That We Suffered” is a song about Jewish remembrance, but with Tovah Feldshuh and Patti LuPone missing in action, Bloom had to make do with the Gentiles on stage to get by. And since Vella Lovell, who plays Heather, was also absent, David Hull (White Josh, also a new series regular) had to step in for the faux-Spice Girls anthem “Friendtopia.” He doesn’t miss a zig-a-zow.

We’ve saved the best for last, with the song Bloom calls “the hardest song we’ve ever had to write so far.” It also happens to be one of the finest the show has ever put out, a profane breakup anthem that wraps up Rebecca’s toxic relationship with Greg (Santino Fontana). And while no one can sing it quite like Fontana can, Bloom still knocks “It Was a Shit Show” out of the park:

The cast also performed “You’re My Best Friend (And I Know I’m Not Yours),” “Ping Pong Girl,” and the instant classic “(Tell Me I’m Okay) Patrick,” complete with Bloom freaking out about the possibility of alien invasion. Your move, Emmy voters.