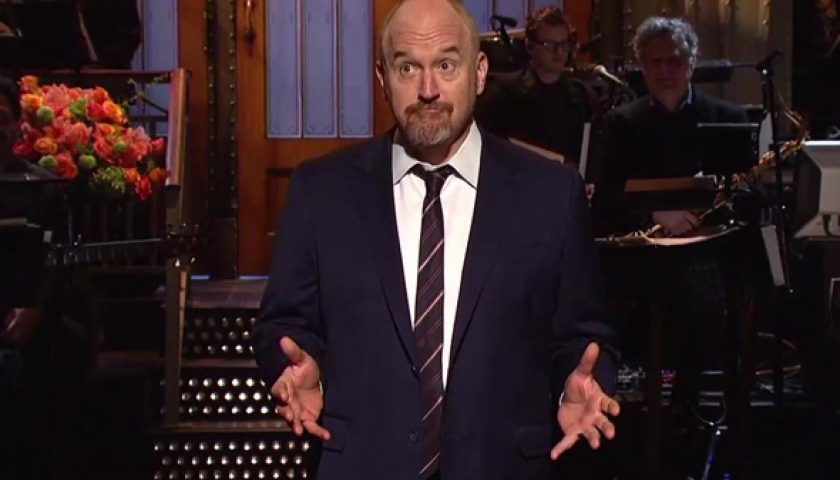 One of Saturday Night Live’s proudest traditions is forcing the actors and actresses who host to kick off the show with their best attempt at standup. It’s usually a catastrophe, no matter how many cast members get dragged on stage to help. This week, however, the show had a real standup in Louis C.K., and as his opening monologue shows, experience makes all the difference. C.K. takes risks no publicist would ever allow a celebrity plugging a movie to get within a mile of, from his shocking opening joke to this perfectly constructed, appalling one-liner:

I’m thinking of buying a goat, because I want to have a trash can that I can make love to.

But besides going places NBC would probably prefer he didn’t (the sperm pool!), C.K. also finds time for some whimsical bits about silly-looking animals and a supremely unflattering story about his white-privilege-laden interactions with hotel staff now that he’s rich and successful.

It’s wrong that white people get preferential treatment. It’s wrong. But as long as they do, what’s going on at this hotel? I’m supposed to get the best! Because I’m white—which is awful! And wrong!—but where is it right now?

The vast majority of white Saturday Night Live hosts could probably tell a similar story—their assistants definitely could tell it on their behalf—but it’s impossible to imagine most celebrities making themselves look morally reprehensible for the sake of a laugh. For that kind of thing, you need a professional, and that’s exactly what Louis C.K. is. Like he says in the monologue, “I’ve been doing this for 32 years now. And it’s been going great for four years.”