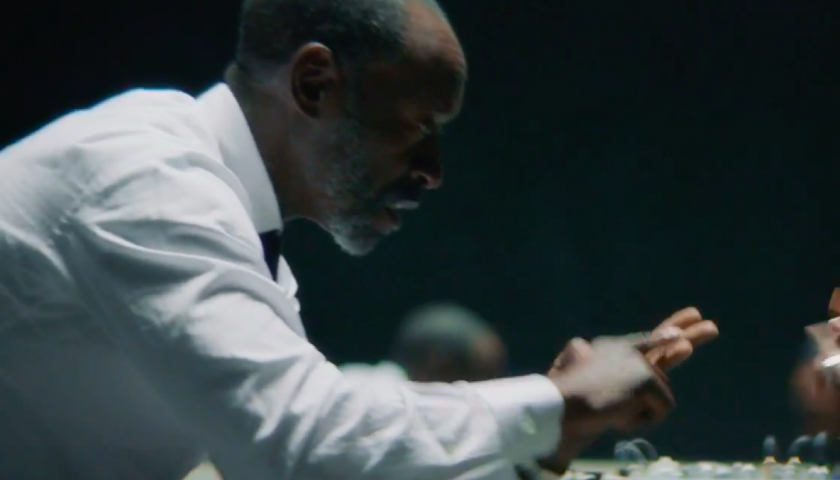 We’ve only had a few days to process the greatness Kendrick Lamar’s Damn, and now he goes and hits us with the mind-blowing video for the album’s “DNA.” It starts off provocatively, with Don Cheadle’s police detective interrogating a shackled Lamar, making fun of his “two first names” and suggesting and alternate explanation for what “DNA” stands for. (Hint: The “N” is not “nucleic.”) But when Cheadle turns on the lie detector, it sends a surge through his body, and suddenly he’s possessed by the spirit of Lamar’s song, breaking into a surprisingly compelling lip-sync. Cheadle has clearly studied up on Lamar’s stage moves, which he copies so well that when the two of them start trading verses, it’s like a modern riff on Duck Soup’s mirror scene.

Like the shape-shifting song, the video takes some even crazier turns from there, and even features a different ending to the album version. We won’t spoil it, except to say that the Chinese characters apparently translate as “Kung Fu Kenny.”