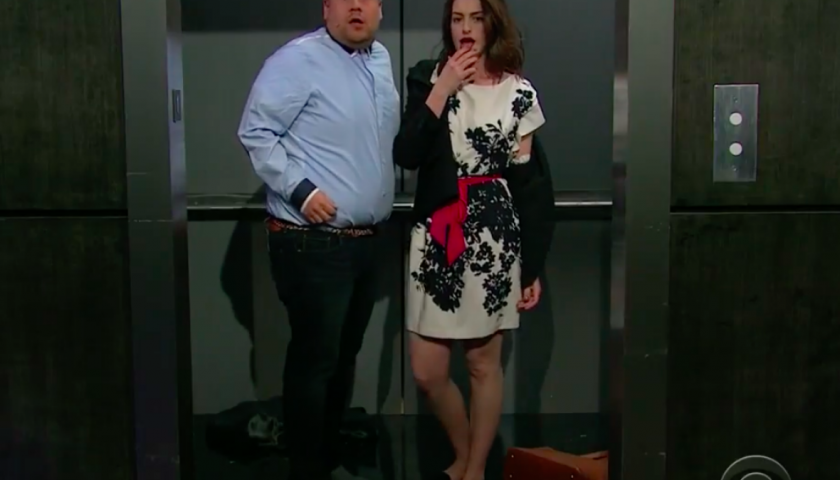 Anne Hathaway knows her way around romantic comedy tropes, having starred in quite a few over the course of her career. The Oscar winner put that knowledge to good use on The Late Late Show on Thursday while performing a medley with James Corden that included romantic comedy soundtrack essentials, including “Holding Out for a Hero,” “Kiss Me,” and “500 Miles.”

The segment, which incorportated ten songs and nine different sets, was shot in a single take. Along the way, Corden and Hathaway hit all the plot points you’d expect from an actual romantic comedy: They spill coffee on each other, have an elevator makeout session, and, of course, dramatically rush to the airport. But we really didn’t need a framing device as an excuse to watch Hathaway drunkenly sing “All by Myself” in a bathrobe.