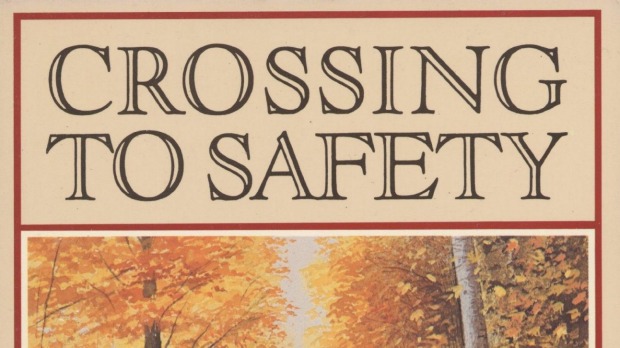 Crossing to Safety, by Wallace Stegner

I am embarrassed to admit that I had never heard of this writer, despite his winning the Pulitzer Prize in 1971 and the National Book Award in 1977. I read about this title in a book called The End of Your Life Bookclub, by Will Schwalbe (another wonderful book).

Published in 1987, the book is set mostly in the 1930s and beyond. It tracks the friendship between two couples – Larry and Sally Morgan and Sid and Charity Lang. These four have a wonderful friendship over many years and through many trials. The Morgans are penniless and alone, namely both have lost their parents and have no siblings. The Langs, by contrast, are of the filthy rich variety and have a huge family and numerous connections.

They all meet when the Morgans move to Madison, Wisconsin, for Larry to take up a position lecturing at the University in the English department. Sid Lang lectures there, too, and thanks to Charity, and the fact that both women are pregnant, the Morgans find themselves adopted into the world of the Langs and a lifelong friendship ensues.

The Langs are enormously generous, and not just with their money, but their time and energy, their connections and their resources. They have a holiday place in Vermont, which sounds vast and with numerous buildings, their own bay and lots of land. Many happy summers are spent there.

Larry wants to write as well as lecture and sets himself a gruelling schedule to do so. He gets his first novel published soon after arriving at Madison. Sid, by contrast, harbours a desire to be a poet and has a few poems published in journals here and there. Writing doesn’t come easily to him, as it seems it does for Larry, and furthermore he is forbidden by Charity to write poetry until he has published something academic of note and secured tenure at the university.

Sid is a wonderful teacher and popular with the students and, sadly, has to hide his poetry. One of the themes of the book is the machinations of a university department, the politics and the jostling for promotion. Equally, the two men could have been rivals, or Sid could have been jealous of Larry’s success, but that simply isn’t the case. My favourite passage of  the book is where Larry, the narrator, comments on how they are both steeped in poetry:

“After all, we had been programmed in the same system, stuffed like Strasbourg geese with the best that has been known and said in the world during man’s long struggle upward from spontaneity to cliché. That was one of the things we had most in common … We were two of a kind, the only difference being that he was reverential before all the traditional word magic, and I would steal it if I could. He came to the tradition as a pilgrim, I as a pickpocket.”

I liked all of the characters enormously, but Charity was the one that challenged. She was a powerhouse, full of ideas and schemes and had the energy to see them through. She was, however, uncompromising.  A couple of times throughout the novel this created extreme discomfort for the others, often on behalf of Sid.

I can’t recommend this book enough. The writing is superb, it’s littered with quotes and trivia about literature and it’s utterly absorbing. It was described as “eloquent, wise and immensely moving” by Publishers Weekly.