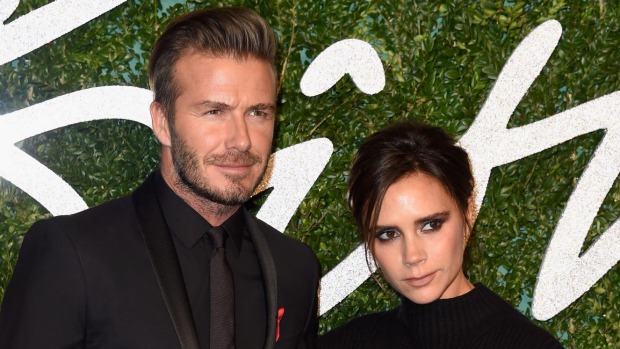 Victoria Beckham has trademarked the names of her four children, including her five-year-old daughter Harper.

The singer-turned-fashion designer filed an application on December 22 with intellectual property authorities in Britain and Europe to register “Harper Beckham”.

The application names Beckham as holder of the rights as a parent or guardian, meaning she is the only person who can legally use the name on branded products, which may range from toys, to clothing, to health and beauty goods.  Trademarking Harper’s name, without her unusual middle name Seven, will also reserve the moniker for exclusive use in the entertainment industry, if she chooses to follow in the footsteps of her famous parents.

The children already seem to heading towards showbiz careers with Harper training with the English National Ballet, Romeo modelling for Burberry and Cruz releasing his first single “If Every Day was Christmas” in December, and signing with Justin Bieber’s manager Scooter Braun.

Their eldest son Brooklyn has done some modelling and is also a keen photographer, having a shot a fragrance campaign for Burberry Brit.

He is gearing up to release his first photography book, What I See, which will consist of around 300 pictures that “offer his followers a rare glimpse at the world through his eyes”, in May.

Beckham recently confirmed that Brooklyn was heading to university to pursue his craft and told talk show host James Corden she will be keeping in touch with him often.

“We’re a very close family and I’m just so proud of him and everything that he’s achieving,” she said last month.

“He’s got a great eye. He’s very, very focused and passionate and I’m just really proud – my baby’s going away and going to college… It’s probably going to annoy him, but I’m going to spend a lot of time there with him.”

David registered his name in 2000 and Victoria did the same in 2002, according to the BBC.