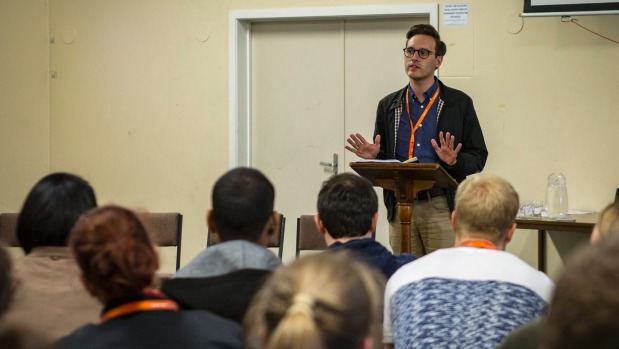 New teachers are caught in a trap of illegal temporary jobs as schools opt for flexibility over fairness, their union warns.

Only 15 per cent of graduates were offered permanent positions out of university, it said.

Union representatives were in Kaiapoi this week to launch a campaign against the “unjustifiable growth” of the practice.

The Employment Relations Act says there must be “genuine reasons based on reasonable grounds” for offering fixed-term contracts, which Employment Court cases have distilled to maternity, sabbatical and sick leave cover, or for a specific project.

Teachers are not subject to 90-day trial periods. The act prohibits temporary employment “to establish the suitability of the employee for permanent employment”.

New teachers said many New Zealand schools did not take that approach.

She “started from scratch” every year of her career, with six fixed-term contracts in as many schools.

She was illegally let go from the first position when her school’s roll dropped; the second was advertised as permanent then offered as a temporary contract. Her replacement stayed on a fixed-term contract for at least two years, she said.

Experienced teachers had told her to expect two to three years of fix-term contracts, she said.

She was now permanently employed, but said endemic temporary employment affected her colleagues.

“My friend, the reason given was ‘we’re not going to give you a permanent role until you show better classroom management’, but they still signed her registration.”

Teachers must work two years full time for their registration.

Morris and his board of trustees signed a pledge against illegitimate teacher contracts on Tuesday.

While schools were often cautious about committing to graduates, a bias against their permanent employment was unfair and “something that’s not publicly spoken about,” Morris said.

“If you’re not in a permanent position it means it can be hard to get a mortgage. You’re never sure whether, if that contract is over, you will have to pursue another place.

“Schools are busy and complex places but we need to remember the importance of developing new teachers. What we would hope is that other schools take it up and that people who are applying for jobs see that [commitment].”

An Auckland teacher temporarily employed for two years said university tutors told her “schools and principals will trial you, even though they’re not supposed to”.

“What I found really hard to understand is that you’re going to interviews and they’re wanting teachers who base their teaching on relationships, then its fixed-term.”

She said principals’ confidence in new teachers’ abilities affected the workforce, but was difficult to police.

Repeated fixed-term contracts made teachers “almost a second-class citizen in the school”, even if they had worked there for years.

Schools’ preference to temporarily employ teachers spoke to the volatility of funding in the sector, Stevens said.

“There’s a lack of trust to some extent and new teachers are bearing the brunt of it.”

PPTA staff said it deterred graduates from the profession. Government figures indicate1400 new teachers were needed for each of the next eight years as the teaching population aged.

The PPTA encouraged fixed-term teachers who did not have a reason for the temporary contract in their letter of employment to pursue the “straightforward” transition to a permanent job.