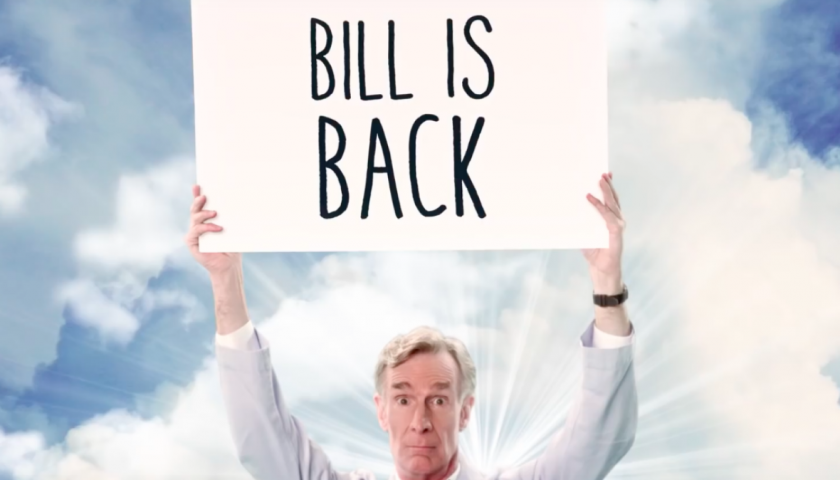 A new generation of elementary school students will now know the thrill of chanting “Bill! Bill! Bill! Bill!” in their science classes. On April 21, Bill Nye’s new Netflix series, Bill Nye Saves the World, will premiere on Netflix, with the famous Science Guy and ex-Dancing With the Stars contestant returning to cover everything from global warming to GMOs to alternative medicine. He’ll have some help along the way, with a team of correspondents that includes model Karlie Kloss and comedian Nazeem Hussain, as well as guest stars such as Rachel Bloom, Wil Wheaton, Donald Faison, Zach Braff, and more.

It just wouldn’t be a Bill Nye show without his trusty bow ties, zest for learning, and, of course,the iconic Bill Nye the Science Guy theme song. Fortunately, the first two seem plentiful, and Tyler, the Creator even found a way to incorporate the chant that ’90s kids have long had bouncing around in their skulls into the new show’s theme song: