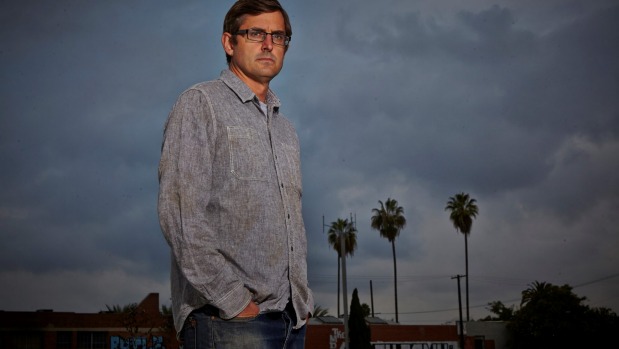 I used to love some of Louis Theroux’s early documentaries. He would immerse himself into weird worlds and quietly and politely ask questions that highlighted the folly of his subjects, who were often not very likeable bigots of one form or another.

But in the three-part documentary series Louis Theroux’s LA Stories (Tuesdays, 8.30pm, BBC Knowledge) he’s gone for a change of subject matter. Each episode deals with a different tale of the human condition in modern-day LA. The first one, “Edge of Life”, sees Theroux stalking the corridors of Cedars Sinai Hospital and meeting patients facing a last chance at life.

Apparently, the US leads the world in spending on end-of-life care with a “smorgasbord of expensive treatments”, but when is it time to stop offering treatments?

In an attempt to throw some light on this debate, Theroux meets a young man with leukemia; a 22-year-old in a coma after taking drugs; and another with advanced cancer. He sits in on family meetings with the medical staff and listens to people getting the worst possible news.

“I feel I’ve let everyone down” says Javier, the young man with leukemia, lying in his hospital bed.

“You don’t feel Javier’s let you down, do you?” Theroux turns to ask  the patient’s girlfriend.

This was unbearably sad. But it also made me feel it was inappropriate to be watching these people and their loved ones in the midst of such tragic situations. Theroux is polite and empathetic throughout and this is thought-provoking stuff. But, still, poking and probing around people’s decisions when they’ve been told they’ve got weeks to live, or their loved one might never wake up from his coma – it just feels wrong.

The end does bring an unexpected spark of hope into all this sadness. But the question Theroux has set out to answer from the start – when does end-of-life treatment go too far – well it’s simply a question with no clear answer. It’s complicated and sad and varies from individual to individual.

I didn’t enjoy this programme, it  will be a strange person who does, but that doesn’t mean it’s bad. It’s not. It’s thought-provoking and uncomfortable. It takes a look at a part of life we too often shy away from. Make time for it.

The Murder Detectives (Sundays, 8.30pm, BBC Knowledge) brings no light relief. This UK doco series follows the work of, well, murder detectives. However, this is not a fictional murder and these are not fictional police. So there are no maverick cops disobeying orders; no high-speed car chases; and no homespun philosophies trying to make sense of it all.

Instead, it’s just ordinary police at work, trying really hard to find out who murdered 19-year-old Nicholas. Here is a young man stabbed to death, leaving behind grieving parents, a distraught fiancee and a life that was just blooming.

There is no narrator, and the events and people are left to tell their own story. And it’s a format that works. It’s utterly compelling viewing.