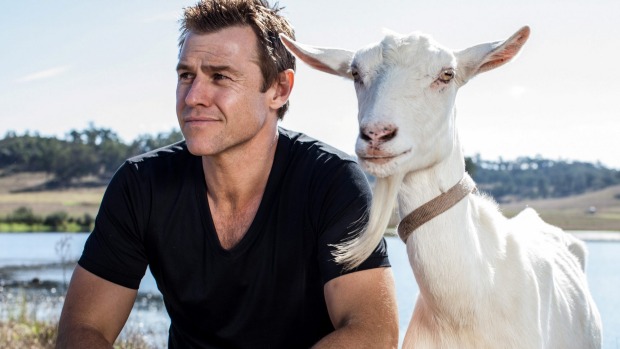 If you find medical dramas of the Code Black style a bit too visceral then new Aussie series Doctor Doctor (Wednesdays, 8.30pm, TVNZ 1) might be right up your street.

Dr Hugh Knight is a brilliant heart surgeon who’s gone off the rails. His crimes and misdemeanours see him in front of a disciplinary panel who banish him to, oh no, a small, rural town. There, he has to work as a GP for a year. And before he can say “what? No appeals process? What kind of disciplinary panel is this?” he’s on a tiny, cramped plane to Whyhope.

Hugh actually hails from Whyhope, so, he’s also been thrust back into the bosom of his family. His mother is a bossy local council person, his dad doesn’t seem to like him that much and his brother seems ambivalent. Plus he’s working at the local medical centre where he must pee in a cup once a week so his boss can make sure he’s not taking drugs. How the mighty are fallen.

But I’m going to take a wild stab in the dark here and predict that gradually Hugh will be won over by this rural town and its down-to-earth characters. He’ll start to reassess what matters in life, there might be a bit of romance, there’ll definitely be some family rows. I don’t know exactly what they’ll be about – it’s predictable, but not quite that predictable.

Sure, the story of the high-flier forced back to his small town roots has been done a gazillion times. And this certainly feels formulaic. But, it looks nice, the performances are reasonable and whilst it’s unlikely to have you laughing out loud it might raise the occasional smile. Consider it the televisual equivalent of snuggling up in your fleece onesy with a milky Milo. Cosy and comforting, but you might not want to admit to it.

Meanwhile in UK doco Doctor in the House (Thursdays, 9.30pm, Choice TV), the issue is “What would a doctor discover if they lived with you 24 hours a day?”. Apparently, the average GP visit in Britain lasts 10 minutes, just long enough for a patient to swear they only drink one unit of alcohol a week and exercise daily. But Dr Rongan Chatterjee is going to uncover our predictable lies.

The first episode sees him staying with Sandeep, who has type 2 diabetes, and wife Priti who reels off a list of ailments from headaches to skin breakouts to stress and weight gain. “A stereotypical female,” says the doc, quickly realising how dismissive that sounds and adding, “who, some people might say, worries about everything.” Anyway, soon he is turning out their kitchen cupboards; making the family run up and down the street and tut-tuting at their dinner choices. There’s nothing that ruins a bowl of nachos and cheese quite as much as someone saying “do you really think you should be eating that?”. But pretty soon his nagging brings some good results. Definitely worth a watch.