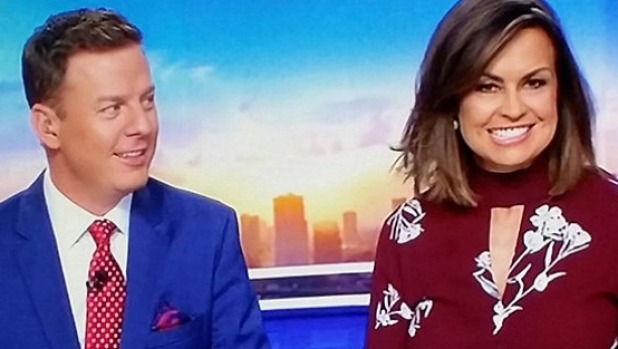 Every woman has fretted about wearing the same outfit two days in a row.

Not so, according to the Daily Mail, who called out Australian TV host Lisa Wilkinson for committing this very crime.  This week, the website published an article with the headline: “That’s thrifty! Today show’s Lisa Wilkinson sports same floral blouse, just four months apart, while hosting breakfast program”.

READ MORE:* How to react when someone is wearing the same outfit as you* What it’s like to wear six items of clothing for six weeks* I wear the same ‘uniform’ every day* I quit clothes shopping for a year and this is what I learnt

The article reported 57-year-old Wilkinson had appeared on set in a burgundy cut-out blouse with floral detailing “that was previously worn on the program in early December, last year”.

The Mail went on to report it was not the first time Wilkinson had worn the same outfit twice, citing an incident in February when she wore a cold-shoulder white dress at Melbourne’s premiere of The Book Of Mormon “despite having worn it just three days prior”.

Wilkinson, who hosts the Today show on Australia’s Channel 9, took the slight on the chin, behaving predictably for a media personality by responding on Twitter.

“I am sooo busted!” she wrote.

To emphasise the ridiculousness of the Mail’s observations, Wilkinson wore the offending outfit to work the following day.

So did all of her colleagues, including male newsreaders.

Writing for the Huffington Post, she explained: “From this day forward perhaps my greatest legacy to the annals of female news broadcasting history will likely be that I dared to wear the same outfit two days in a row on national TV.”

Ironically, in 2014, Today host Karl Stefanovic wore the same suit every day for a year to draw attention to sexist comments levelled at his co-host, Wilkinson.

At the time, he said: “No-one has noticed; no one gives a s… But women, they wear the wrong colour and they get pulled up. They say the wrong thing and there’s thousands of tweets written about them. Women are judged much more harshly and keenly for what they do, what they say and what they wear.

“I’ve worn the same suit on air for a year – except for a couple of times because of circumstance – to make a point. I’m judged on my interviews, my appalling sense of humour – on how I do my job, basically. Whereas women are quite often judged on what they’re wearing or how their hair is … that’s [what I wanted to test].”