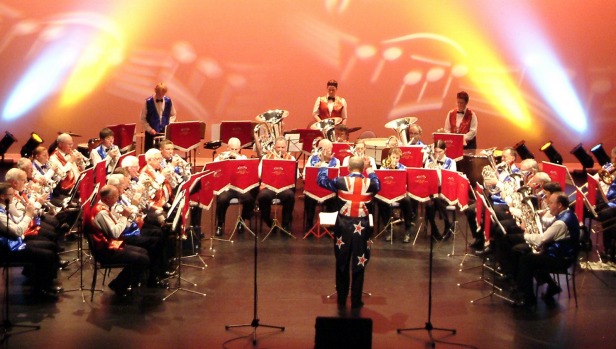 The trumpets will play and horns will sound out at the upcoming National Brass Band Competition.

The Upper Hutt Cosmopolitan Club Brass Band will be tuning up ahead of their turn at the competition on April 21.

Held over two days, more than 1000 musicians from 26 different bands will be playing their hearts out in front of a panel of judges at the Michael Fowler Centre and Opera House.

Band member Evan Sayer said the Upper Hutt Brass Band was in pretty good shape for the competition. A few new faces had joined the band in recent months and new musical director Aaron Lloyd had been working hard with everyone.

Lloyd has been with the band for the past year.

Sayer has had to bow out of performing at the competition. In his other role as president of the Brass Band Association of New Zealand he will be busy looking after the judges, keeping them fed, watered and ensuring things run on track.

The competition was last held  in Wellington 12 years ago.

“It’s a two-year process [setting up] but the people who are organising it have done it before,” Sayer said.

The first day of the competition will see the bands perform a “sacred item” which is normally, but not always, a hymn.

Bands will also perform a test piece set by the judges to show their skills.

On the second day of the competition, bands will perform their own choice of test piece. Points will be allocated across all three categories and the band with the highest mark will take home the title.

The Upper Hutt Brass Band has not always been able to play at the national competition, which has a history stretching back 185 years.

Travel and accommodation costs have meant it was a juggling act to attend previous competitions. With the competition being hosted in Wellington this year, band members are thankful for the convenience.