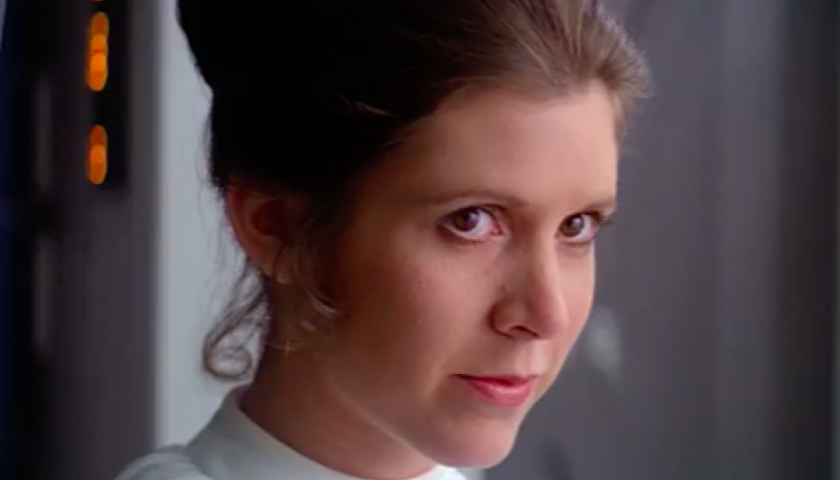 As the festivities continue at Star Wars Celebration in Orlando today, a reminder that this is still a franchise in mourning: The 40th anniversary panel on Thursday was full of tributes to the late Carrie Fisher, including a video that mixes footage of Fisher as Princess Leia with behind-the-scenes photos and interview clips from throughout her career. “I love these movies, and actually they’ve become better for me now because I have a daughter and she loves them,” she says in one. There won’t be a dry eye left in the galaxy by the time you’re done watching.

At the same event, Fisher’s daughter, Billie Lourd, donned a Princess Leia-style dress and delivered Fisher’s famous “Help me, Obi-Wan Kenobi” speech, remembering her mother’s legacy: “My mom, like Leia, wasn’t ever afraid to speak her mind and say things that might have made most people uncomfortable,” she said. “But not me and not you. That was why she loved you, because you accepted and embraced all of her.”

George Lucas was also there to recall his friend and colleague, while in perhaps the most moving moment of all, John Williams conducted a musical tribute that began with Princess Leia’s theme (around the 10-minute mark, below).

Fisher, it was announced earlier this week, will still appear in Episode IX using previously filmed footage to keep Leia part of the story, although presumably in a much smaller role than originally intended.