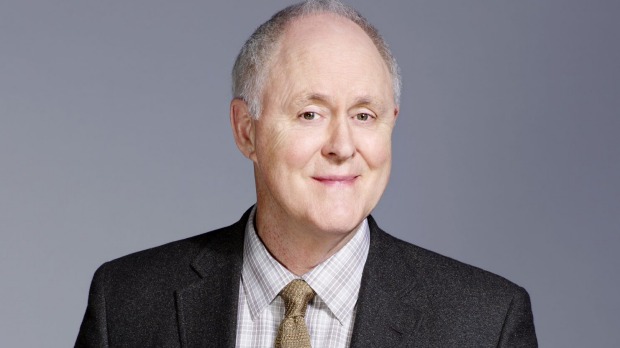 Coming off his lauded turn as Winston Churchill in the Golden Globe-winning Netflix series The Crown, John Lithgow is turning back to comedy for his next role.

In the sitcom Trial & Error, the 71-year-old actor plays Larry Henderson, a roller-skating, poetry professor in South Carolina who is arrested and tried for killing his wife. Lithgow talks about the series, which spoofs true crime documentaries and gives him another chance to make us laugh.

Are you surprised about the variety of roles you are offered? I think I am a lucky actor in that people know I have done these various things so they come at me from very different directions. I love the fact that the two Golden Globes I won were for playing an alien in Third Rock From The Sun (1996-2001) and a serial killer in Dexter (2009) – two things that couldn’t possibly be more different. And then I did Winston Churchill and now I’m doing the craziest comedy I’ve ever done since Third Rock so my strategy is to keep finding something that is as different as possible from the last thing I did.

We actors are in the business of taking people by surprise, so it’s great to set people up with some expectation and then completely upend them.

READ MORE: *John Lithgow returns to comedy as a murder suspect in Trial and Error *The Crown depicts Queen Elizabeth II’s wedding as anything but a fairytale *TV review: The Crown – an extravagant and beautifully wrapped present

What makes Trial & Error so ridiculously funny? After my long eight months on The Crown, it felt like the hardest job I’d ever had and I was working 14-hour days and coming home at 10pm.

One night my agent called late and said these comedy writers had offered me a role and they had to know right away. I was exhausted when I found myself on the phone for 40 minutes with them pitching a completely lunatic show to me.

Maybe I was especially open to it during that time because I needed to laugh, but I was also intrigued because these true crime documentary series like Making A Murderer are a hot new fad now and the idea of playing it for comedy sounded too good to pass up.

What is the biggest challenge about this role? Nobody has done this kind of satire on the true crime documentary genre yet and I loved the challenge of playing a man who, at any given moment, could completely, plausibly, have committed or not committed this crime.

This seemed to me a wonderful kind of magic trick to pull off and they had created the perfect character for this trick to work. He’s completely unedited; he has no sense of priority or proportion and the tiniest things have absolutely as much importance to him as the crime of murder, which you see in the first episode when he puts the 911 operator on hold reporting finding his wife’s body because the cable guy called.

Did you have to learn how to roller skate for the role? I did try, but I was so pathetic. I was determined to spend three rigorous weeks becoming quite extraordinary on roller skates because I used to skate when I was young, but then I was told not to because they saw my first attempts and then the insurance company covering the show said they would not allow me to be on roller skates so they got me a great stunt guy who made me look really good instead.

Did your role in Dexter lead to other opportunities? I think it was a tremendous asset, not for me as an actor to play such an unexpected combination of characters but because people just don’t know where I’m going to go.

Do you know if your character is innocent or guilty? This is the second time this has happened to me that I know something in advance. When they hired me as the Trinity Killer in Dexter, they pitched it by telling me the whole story of that entire season and I was the only actor who knew and had to keep it to myself. I didn’t tell anyone on this set whether my character was guilty or not either, but I knew.

I love knowing things that nobody else knows and I think I want this in my contract from now on.