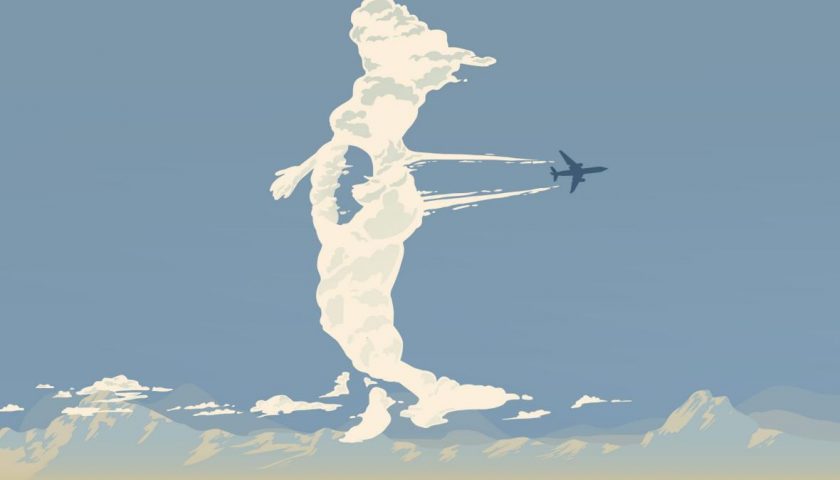 Ariel Levy’s memoir about her miscarriage is shot through with a dark undercurrent of self-blame that just might terrify female readers.

Three and a half years ago, Ariel Levy published “Thanksgiving in Mongolia,” a New Yorker essay about an intrepid reporting trip that ended in trauma. I was far from alone in finding it haunting; it won the National Magazine Award in 2014. It was a story that began with maternal ambivalence. Levy, a globe-hopping writer, spent 10 years making up her mind to have a baby, getting pregnant just before her 38th birthday. Five months into her pregnancy, she flew to Ulaanbaatar for a last big foreign assignment.

“People were alarmed when I told them where I was going, but I was pleased with myself,” Levy wrote. “I liked the idea of being the kind of woman who’d go to the Gobi Desert pregnant, just as, at twenty-two, I’d liked the idea of being the kind of girl who’d go to India by herself.” Perhaps more than most people, I could relate to this. I am also a journalist who once traveled constantly and agonized for years over whether to have kids. I took a reporting trip to Israel and the West Bank during my first pregnancy, feeling resentful when my colleagues urged me to stay away from protests because tear gas is an abortifacient. I understood what I took to be Levy’s desire to rebel against the stultifying and often pointless constraints placed on pregnant women by an overly cautious society, to insist that motherhood needn’t mean the end of adventure.

This adventure, however, turned into tragedy. Not long after arriving in Mongolia, Levy started to feel a pain in her abdomen. It got worse, and she ended up delivering her extremely premature baby, alone, in her hotel room. “He was translucent and pink and very, very small, but he was flawless,” Levy wrote. “His lovely lips were opening and closing, opening and closing, swallowing the new world. For a length of time I cannot delineate, I sat there, awestruck, transfixed.” He was alive, but he wouldn’t live. She’d suffered a placental abruption, “a very rare problem that, I later read, usually befalls women who are heavy cocaine users or who have high blood pressure. But sometimes it happens just because you’re old.” Levy’s trip almost certainly had nothing to do with her loss; doctors assured her it could just as easily have happened in New York. But of course—and this, too, I could relate to—she blamed herself. “I knew, as surely as I now knew that I wanted a child, that this change in fortune was my fault,” she wrote. “I had boarded a plane out of vanity and selfishness, and the dark Mongolian sky had punished me.”

Levy’s crushing sense of self-chastisement looms over her new memoir, The Rules Do Not Apply, which expands on “Thanksgiving in Mongolia.” I gulped the book down, both because I love her voice—brassy and mordant, but also luminous and kind—and because, since that New Yorker piece, I’ve worried about her as if she were a friend. (She’s not, though we’ve met once.) Yet while I found The Rules Do Not Apply riveting, I have several real friends who I very much hope don’t read it. Levy presents herself as a lady Icarus, a woman who tried to grab too much and ended up with nothing at all. “Daring to think that the rules do not apply is the mark of a visionary,” she writes. “It’s also a symptom of narcissism.”

I can’t begrudge Levy her interpretation of her own life, but I’m not sure what narcissism has to do with miscarriage. There’s a dark current of guilt running through this book that makes me terribly sad for Levy and that may terrify readers who have the temerity to wish for both exciting lives and stable families.

I don’t want to criticize Levy for writing about the shock of foreclosed possibility that comes with female middle age. (Maybe all middle age.) I’ve long admired her willingness to explore the way lived experience doesn’t necessarily conform to feminist hope, going back to her first book, 2005’s Female Chauvinist Pigs: Women and the Rise of Raunch Culture. That book captured a social phenomenon that has mutated and grown more intense in the years since its publication: pop culture pressure on women to collaborate in their own sexual objectification and call it empowerment. Written at a time when many women had become inhibited about their own inhibitions, Female Chauvinist Pigs suggested that compulsory sexual liberation had, at least in some circles, replaced compulsory chastity, and that many women felt uneasy admitting that it wasn’t making them happy. “It’s time to stop nodding and smiling uncomfortably as we ignore the crazy feeling in our heads and admit that the emperor has no clothes,” Levy wrote.

The Rules Do Not Apply is a very different book than Female Chauvinist Pigs, but in both, Levy seeks to puncture illusions about women and liberation. This time, however, the illusions under attack are her own. “Until recently, I lived in a world where lost things could always be replaced,” she writes in her preface. “But it has been made overwhelmingly clear to me now that anything you think is yours by right can vanish, and what you can do about that is nothing at all. The future I thought I was meticulously crafting for years has disappeared, and with it have gone my ideas about the kind of life I’d imagined I was due.”

This is a book animated by savage grief. It has grief’s occult logic, in which emotional associations count for more than empirical causality. The story she tells—and that she tells herself—is a bleak tale of comeuppance. “People have been telling me since I was a little girl that I was too fervent, too forceful, too much,” she writes. “I thought I had harnessed the power of my own strength and greed and love in a life that could contain it. But it has exploded.” This makes it seem as if some personality flaw, some reckless demand for more than she was entitled to, is at the root of her suffering, instead of uncontrollable, amoral chance.

“Thanksgiving in Mongolia” was vague about many of the details of Levy’s life. Though she’d written in the past about her marriage to a woman, in the Mongolia piece she refers only to her “spouse.” This spouse barely appears in the story, but at the end, Levy tells us that within three weeks of returning home, “my marriage had shattered.” When I read that in 2013, I thought the collapse of her marriage was connected to the nightmare in Ulaanbaatar. Did her spouse blame her for taking a risk while carrying their baby? Had the baby been holding a failing union together?

The Rules Do Not Apply fills in the story. It turns out that Levy’s marriage fell apart because her partner, Lucy, was an alcoholic. Levy’s ambitions and her reproductive decisions weren’t to blame. (Even her infidelity, which she describes in shame-strewn passages, didn’t make Lucy an addict.) The father of Levy’s baby had been a rich friend who’d agreed to help provide for the child and be an avuncular presence in his life. After the miscarriage, he didn’t want to try again. This left Levy feeling like the possibility of motherhood has been cut off, and she lacerates herself for imagining she had it within her power to create a new kind of improvised family.

“When I got on the plane to Mongolia, I was pregnant, living with my spouse, moving to a lovely apartment, and financially insulated by a wealthy man,” she writes. “A month later, none of that was true. Instead, I was thirty-eight, childless, alone, emotionally and monetarily unprepared to be a single mother. I’d become a cautionary tale, like the women Elizabeth Hardwick described in Sleepless Nights, who ‘wander about in their dreadful freedom like old oxen left behind, totally unprovided for.’ ” In the margin next to this passage, I wrote: “No no no no.” Levy is someone to whom something horrifying happened, but not as a consequence of her audacity or her “dreadful freedom.” If she’s a cautionary tale, what is the moral? Have children while you’re young, even if you’re not sure or can’t afford it? Don’t marry a woman who likes to drink? Be rich?

It’s certainly possible that Levy has made a deliberate artistic choice to capture the reeling, irrational self-rebuke that comes with fertility disasters. Part of what makes her book at once so gripping and so unnerving is that she leaves little distance between her authorial voice and the raw immediacy of anguish; her pain feels unprocessed, but that could be by design. Still, the way she frames herself as a cautionary tale seems unhealthy, for herself as well as her audience. One trick of depression is to make cruel distortions seem like revealed truth, and it’s hard to tell if The Rules Do Not Apply is describing this process or embodying it.

It also feels sadly appropriate that Levy’s book appears in this season of feminist disillusion. Hillary Clinton’s attempt to defy the rules circumscribing female ambition came to utter ruin. Sheryl Sandberg, whose endlessly dissected book Lean In embodied sky’s-the-limit feminist cheerleading, was humbled by the sudden death of her husband. “When I wrote Lean In, some people argued that I did not spend enough time writing about the difficulties women face when they don’t have a partner,” Sandberg writes in her new book, Option B, which is, fittingly, about grief. “They were right. I didn’t get it.” It’s not Levy’s fault that her book joins what is threatening to become a zeitgeist of female chastening. Still, it’s worth being wary of this book’s implicit warning against attempting an outsized life.

Near the close of The Rules Do Not Apply, Levy writes wryly and critically of the common desire that “everything happens for a reason.” “Some people need to believe this to indemnify themselves—against miscarriage, or misfortune in general,” she writes. She declares herself free from this fantasy. “Death comes for us. You may get ten minutes on this earth or you may get eighty years but nobody gets out alive. Accepting this rule gives me a funny flicker of peace.” Yet I’m not sure she’s as free from magical thinking as she believes herself to be. She didn’t call calamity down on her head by wanting too much. I hope her readers understand that they won’t, either.