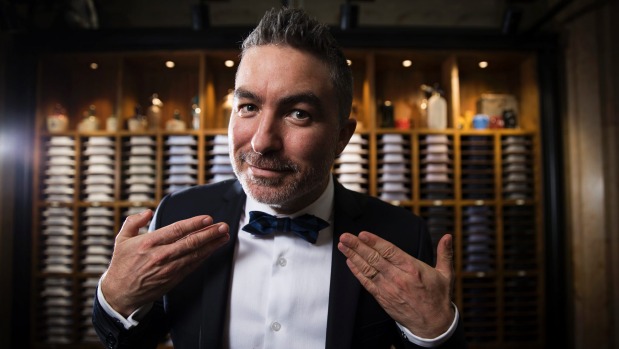 Thanks to Family Feud and a raft of reality television, commercial network Three screened more hours of new Kiwi-made television in 2016 than traditional rivals TVNZ 1, a report has revealed.

It found that, for the first time ever, Mediaworks-owned Three screened more first-run (ie new) local content than government-owned TVNZ 1.

Although overall TVNZ 1 screened 11 more hours of local content overall than Three, once repeats were taken out of the equation Three dominated with 2,128 hours of new Kiwi-made shows to TVNZ 1’s 2,061 hours.

Three’s increase was partly attributed by the report to Dai Henwood-hosted game show Family Feud, which had contributed 111 hours to Three’s yearly total.

The channel with the most local content overall was Maori Television.

He said there had been a “definite move” at Three to provide more local content, because it was what audiences wanted. Three’s rebrand earlier this year had been acknowledging that by using the channel’s local entertainers and journalists as the face of the brand, Szusterman said.

He pointed to comedy show 7 Days as an example of Three’s local content that had resonated with Kiwis. Now in its seventh year, the show’s audience continued to grow, he said.

TVNZ general manager of commissioning and production Andrew Shaw said Three’s result was largely due to Family Feud and the fact TVNZ had cancelled morning talk show Good Morning in 2016.

“We should also judge local content on the quality of work and the scale of investment, not just the number of hours. You can have stuff that’s not very good taking up a lot of hours,” he said.

He said TVNZ’s aim was to ensure it made or supported a range of the highest quality content it could.

“There should be nothing in this report that should be interpreted as a reduced commitment to local content by TVNZ. We will always strive to put every dollar we’ve got available into content, because that’s all this business is about.”

He said making local content made business sense as well as being a responsibility.

“I think there are some extraordinary new, exciting ideas coming through the pipeline in the coming months. That’s why I get up in the morning, to see those things.”

Overall the report found the amount of local content screened on free-to-air channels had increased from 2015 to 2016, but less of it was screening in primetime slots.

First run local content was up four per cent on 2015, but it only comprised 31 per cent of prime time schedules – down five per cent from 2015.

“At a time when viewers have more choice than ever it is good to see local content continuing to hold its own in TV schedules,” she said.

“Local programming is as good as anything in the world, and ensures New Zealanders see and hear themselves, their stories and issues.”