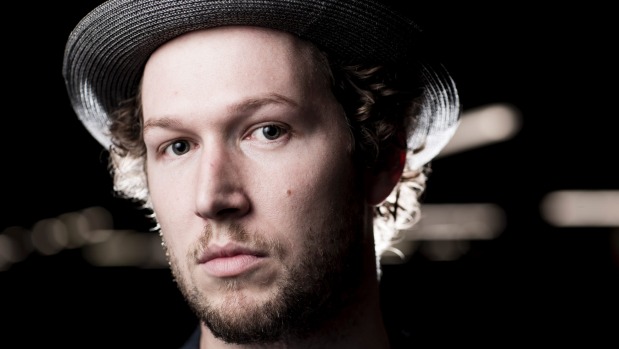 September 29, 2016 is a date Thomas Oliver will probably remember for the rest of his life.

That was the day (or rather night) that he was named the winner of the 2016 APRA Silver Scroll, the most prestigious song-writing award in New Zealand, for his song If I Move To Mars

“It was exciting and pretty surreal,” Oliver recalls ahead of the release of his new album, Floating In The Darkness, which is set for release on April 28 and features If I Move To Mars.  “For the most part I just sat back and enjoyed the ceremony. I loved the level of celebration of Maori culture.  That was something that really stood out for me.

“I kept my nerves pretty well contained but when John Campbell [host] got to the point of inviting Godfrey de Grut [winner of the award in 2002 with Che Fu for Misty Frequencies] to announce and present the award, everything got pretty intense.  When he said my name that was definitely surreal.  This amazing feeling just washed over me and before I even had a chance to process it I was being hugged and congratulated by the people around me.  My aunty and uncle had won tickets to the event in a radio competition and they ran over to hu me.”

At Oliver’s table were his manager Cushla Ashton, three representatives of his Australian publishing company Mushroom and his guest of honour and former partner Hayley Gray, who played an essential role in the creation of If I Move To Mars.

The idea came about when Hayley and I were driving from Wellington to the Hawke’s Bay.  She was my girlfriend at the time,” Oliver says.  “We were barnstorming ideas for songs as we had a four-hour drive and thought why don’t we think about cool song ideas.  Hayley works in senior management at Weta and is incredibly creative but certainly not a songwriter, so it was an interesting thing to do. Mars had been in the news a lot at the time and it was Hayley who actually said what about a song about Mars.

“I thought it was a great idea and put the songwriting touch on it and said ‘what if I move to Mars, would you come with me’.  That’s a refined account of the process but the song wouldn’t exist without her.”

Gray didn’t move to Mars (nor has Oliver) but her presence is evident throughout many of the songs on Floating In The Darkness.

“It is a an album that deals with matters of the heart and relationships in general,” Oliver says. “We were together for quite a long time.  We broke up towards the end of the process of the album so I suppose it is an interesting collection of songs that capture the extremes and dynamic nature of such a journey. The themes are definitely love and loss and longing.”

There’s also a bit of an underlying cosmic theme in Let It Be This One, a collaboration with Wellington composer Rhian Sheehan who also features on another track Boy.

“I never reveal who the one is,” Oliver says.  “I subconsciously intentionally left it open.  It’s about the joy of a moment – not a specific moment.  That moment for me would be something different for other people.  I hope that song will reach people and they will be able to relate to it in their own way.”

The most autobiographical song on the album is Boy — a coming of age story about running away from home at 15 with six beers inside “my belly, a skateboard and a set of clothes”.

“It’s all very real,” Oliver says.  “I don’t tend to make up things or adopt a character as a songwriter.  I prefer to write from my perspective even if it is a narrative with my outlook.

“I was bought up in the Hawke’s Bay.  I am very close to my parents, who have always been very supportive of me.  They have always encouraged my career and creative endeavours even when I was a reasonably troublesome boy.

“Throughout primary and intermediate school, I was a high achiever and didn’t really cause any trouble.  When I was a young teenager I kind of went the other way.  I suppose it’s a pretty common story.  It’s funny how we rationalise things when we are young and trying to find out way.  The song is very much about a rite of passage.  There’s a hazy line about when we become an adult.  Most cultures have a coming of age ritual or celebration but we don’t in New Zealand. The effect of that is that you have a whole lot of young men and women wandering around wondering if they are adults or not.”