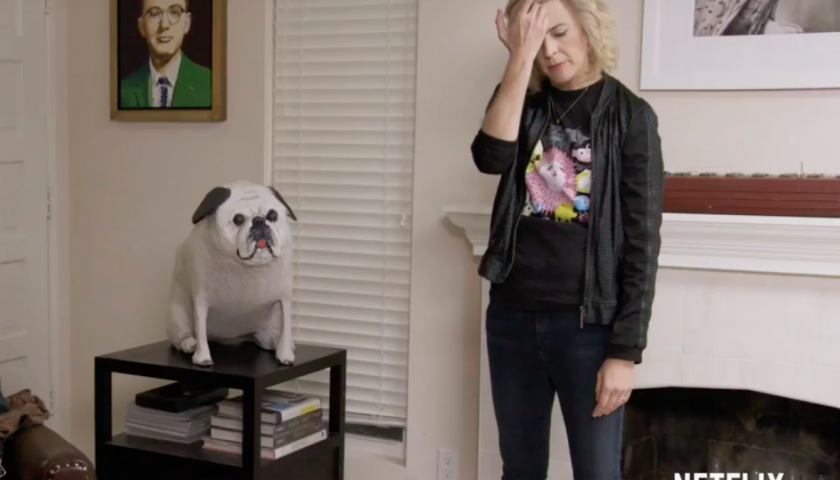 Netflix continues to defend its title as the new home for some of the greatest stand-up comics around, now adding the delightful Maria Bamford to the lineup. Bamford, who last year starred in Lady Dynamite, a scripted Netflix show loosely based on her life, will bring her oddball sense of humor, frank discussions of mental illness, and staggering collection of voices to her new Netflix original comedy special, Old Baby.

In the spirit of her 2012 special, which she filmed at home with her parents as the audience, Bamford’s new routine boasts some similarly intimate settings, including a bowling alley and a bookstore, in addition to an actual concert hall. She also seems to have a stuffed pug on hand at all times—the ghost of her ill-fated Blossom, maybe? Whether Bamford’s living celebrity pugs,Bert and Blueberry, will make appearances as well, remains to be seen.

Old Baby debuts on Netflix May 2.