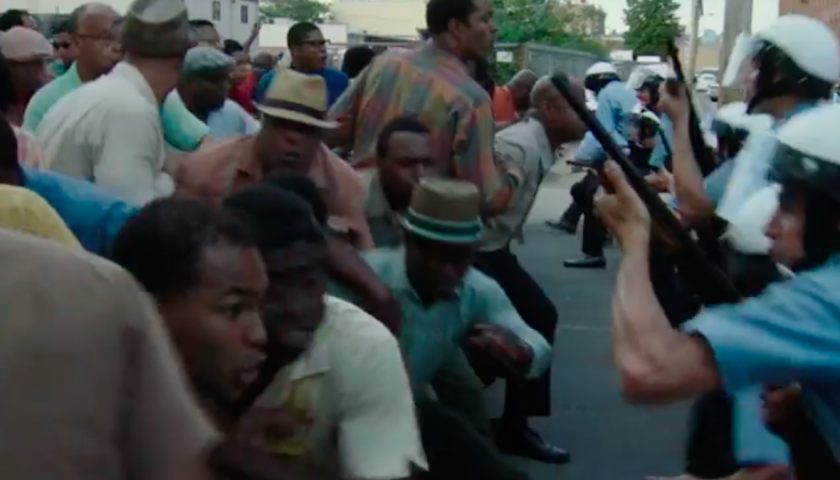 It’s been five years since Kathryn Bigelow’s last feature-length movie, but the Oscar-winning director appears to be making a major return to the spotlight with Detroit. Based on the 1967 Detroit riot, the upcoming film revisits one of the deadliest and most destructive instances of civil unrest in American history, observing how dormant racial tensions in a seemingly progressive community abruptly came to a boil. The five-day riot resulted in 43 reported deaths, over 1,000 injuries, and between $40 and $50 million in property damage.

Bigelow’s last two movies—The Hurt Locker, for which she remains the only woman to win the Best Director Oscar, and Zero Dark Thirty—were both  acclaimed for their mix of rousing action filmmaking and character-driven approach to exploring war and terror. She appears to be returning to those themes again here along with a timely, urgent focus on racial unrest. Detroit reunites Bigelow with her frequent creative partners: Oscar-winning writer Mark Boal, behind both of Bigelow’s recent successes, and producer Megan Ellison of Annapurna Pictures. The film’s loaded ensemble cast includes John Boyega (The Force Awakens), Jason Mitchell (Straight Outta Compton), Jacob Latimore (Collateral Beauty), John Krasinski (The Office), and Anthony Mackie (The Hurt Locker).

Bigelow fans won’t even have to wait as long as the film’s awards prospects might have indicated. Detroit hits theaters on Aug. 4, ahead of the fall prestige glut. This thrilling first trailer certainly makes the case that the movie could be a major player come Oscar season, but we aren’t complaining about the relatively early release date.