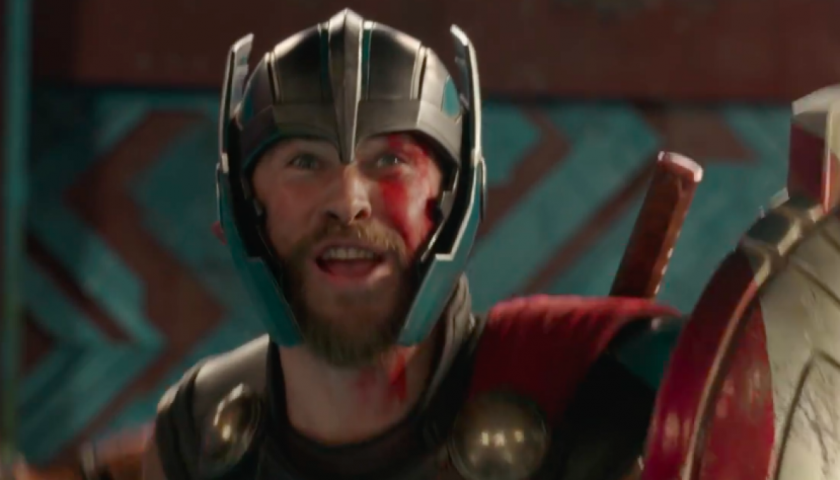 Whether you’re going by box office or quality, Thor: The Dark World ranks at or near the bottom of every list of the Marvel Cinematic Universe’s movies, but the first look at Thor: Ragnarok needs only two minutes to wipe that lackluster history away.

There were already hints that Ragnarok would take a different tack, with Mark Ruffalo previewing it as a “buddy movie” following Thor and the Hulk around the galaxy, but the most promising sign by far was when Marvel hired Taiki Waititi to direct. The New Zealand comedian whose most recent movie was the vampire mockumentary What We Do in the Shadows, Waititi was a huge upgrade from the colorless hack work of The Dark World’s Alan Taylor, but the MCU has a history of sucking the distinctiveness out of individual directors. (The notable exception is Guardians of the Galaxy, which Ragnarok, not coincidentally, seems to resemble.) He’s since released the winsome Hunt for the Wilderpeople, which blends comedy and action in just the right measure to make it look like Waititi isn’t going to get ground into paste by the Marvel machine.

The Ragnarok trailer shows us Cate Blanchett looking like an utter badass as Hela, the Asgardian goddess of death, as well as several glimpses of Tessa Thompson’s Valkyrie, but the best moment comes right at the end, when Chris Hemsworth’s Thor finds himself up against Ruffalo’s Hulk in a gladiatorial contest, and he can’t help but beam when his adversary is revealed: “He’s a friend from work!”

Hemsworth is often called upon for musclebound brooding, but in the last couple of years, Vacation and Ghostbusters have shown that he possesses formidable comedic chops as well, and Thor: Ragnarok finally looks ready to exploit them. The movie won’t be along until November 3, but until then, against all odds, we’re actually looking forward to it.