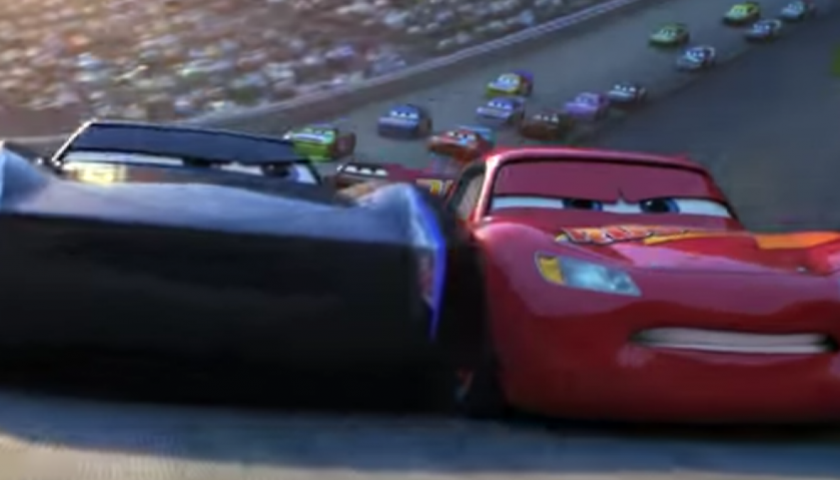 Back in November 2016, Pixar came out with an unusually bleak teaser for Cars 3, with an ending so ominous it stood to reason than even animated sequels could be ruined in Trump’s America. Fortunately, a half-year later, and the dust of tragedy appears to have settled: The official trailer for the upcoming movie is not nearly as dark, even if it still appears to be promising some unexpected heft—which is good, seeing as how it’s now semi-official that the cars took over the world after getting rid of their human drivers.

The third film in the Cars franchise refocuses on veteran racer Lightning McQueen (Owen Wilson), whose competitive days may be “coming to an end” as a new hotshot, Jackson Storm (Armie Hammer), roars into town and promptly starts breaking records. McQueen joins forces with Cruz Ramirez (Cristela Alonzo), an unassuming race technician who hopes to help him pull off the grandest upset of the series. Kerry Washington, Margo Martindale, and Nathan Fillion also provide voiceover as part of a star-studded ensemble.

There’s plenty of talk of legacy and failure in this trailer, a ragged edge to match its protagonist’s veteran status. And while we can breathe a sigh of relief knowing that the movie won’t be taking a turn toward the harrowing, director Brian Fee recently indicated that the movie’s first teaser should not be exactly forgotten.