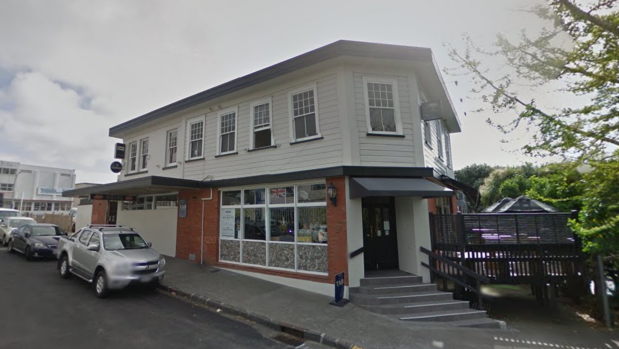 Despite bands pulling out of bookings at the Kings Arms after the council and police forcibly shut down a show, its owner says her bar will fight till the end.

Not only is it “business at usual” for the music venue, but the bar is going to put up a fight against noise regulations, its owner Maureen Gordon says.

The bar is set to become the war room for a new group to take on the council and lobby for an “entertainment district” in Auckland.

Musicians, music lovers and venue managers met at The Kings Arms on Wednesday to discuss the latest spate of issues with the bar. They decided to run a “rally” from the bar to kickstart their campaign to lessen restrictions for music venues.

The Kings Arms was due to shut its doors for good in March 2018.

Early in April, 14 police officers shut down a heavy metal concert after one noise complaints was made about the show. Police and council enforcement officers confiscated a sound mixer to stop the Saturday night show. An earlier complaint had been laid on Friday night, that led to the shutdown.

Although the mixer was returned after Gordon paid a fee, she still had issues with the council’s decision to stop a show based off two complaints.

“We will be gone, then there are all these other music venues that will be affected by noise complaints,” she said.

In a few weeks, the group hoped to hold a day long event to grow support for music venues.

A day of sausage sizzles, music and speeches was planned. Hopefully, Jon Toogood would pay a visit too, Gordon said.

When The Kings Arms closed next year, a void would be left in the Auckland music scene, organiser and music broadcaster Marty Duda said. If bars and other venues weren’t protected from shutdowns, no one would fill the gap, he warned.

The group wanted to see an “entertainment district” established that allowed for more noise and where residents were aware of the noise.

Last Friday another band pulled out of the venue, fearing their show would also be shut down. US hard rock band Helmet were due to play at The Kings Arms on April 22, but were moved to nearby Galatos.