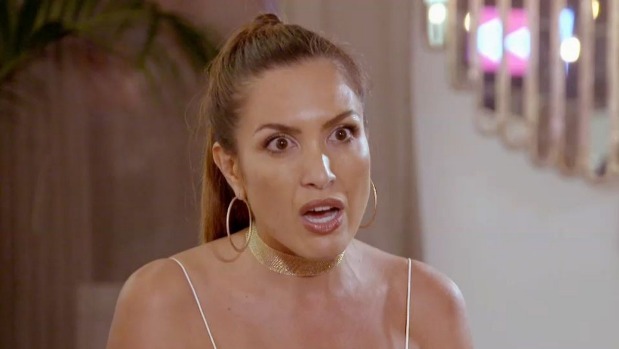 OPINION: Now that Married at First Sight Australia has crawled towards its drawn out conclusion it will hopefully disappear from screens for good and take its hypocrisy with it.

When it comes to preserving the holy sanctity of marriage nothing says strong family values like encouraging two complete strangers to get hitched on the spot.

Sorry, make that nothing says strong family values like encouraging two heterosexual couples to get married on the spot and then filming the inevitable emotional crises to sell television commercials.

There’s lots of things I am willing to put up with in reality television: Khloe Kardashian’s plastic surgery (you ‘ain’t fooling no one sweetie), awkward product placements and Mark Richardson wearing a tool belt. But absolute and utter hypocrisy has no place on my small screen.

Apparently Australia, a country that seems to have a really big problem with the thought of same-sex couples getting married, has absolutely no qualms whatsover about lapping up a circus of a show that uses marriage as nothing more than a device for reality TV.

And conservative New Zealand, don’t hide in the corner, I’m looking at you too. Where is Family First NZ’s outrage at Married at First Sight? You’re not OK with committed gay couples, who may have been together for decades, getting hitched, but this doesn’t bother you? Run me through that logic again.

I was born and raised in Australia and I am ashamed that same-sex marriage is still illegal there. They join Northern Ireland as the only two countries left in the English-speaking world that deny gay couples the right to marry.

I wish Aussies had listened to marriage equality advocate Dr Kerryn Phelps last year when she spoke publicly about her distaste for Married at First Sight.

“What a bloody insult to those of us in committed long term same-sex marriages who are not recognised under Australian law,” she said.

“What a disgusting affront to our children who are told by elected senators and right wing buffoons that our families are not ‘worthy’ of legal equality.

“Yet here is one reality television series showing just how ridiculously easy it is for two strangers to attain legal married status in Australia.”

To be fair to the show, last year it featured its first gay couple.

But in a staggering irony, apparently lost by many, they had to fly to Queenstown for their wedding ceremony because what they were doing, while fine on prime time Aussie television screens, is not OK in the eyes of the Australian law (and a fair whack of the country’s citizens). I wouldn’t get wound up if it weren’t so absurd.

As for the show itself, it manages to be as dull as dishwater despite the premise.

It’s essentially a rehash of a well-worn formula. Find some people who are interested in finding a partner, put them in a contrived situation that will provoke a range of emotions, and keep the cameras rolling. There are tears, unhappiness, stress and the odd tender moment.

But that’s it – nothing more. And while the ‘drama’ unfolds from week to week, many thousands of people in Australia go about their lives knowing the simple, celebratory act of marriage that they’ve seen sisters, brothers and friend go through is beyond them under the laws of the land. Why? Because of the sexuality they were born with.

They can watch complete strangers enjoy those rights but them? Oh no. And that’s the outrage.

So please, Married at First Sight, spare me you phoney baloney romanticism and take your ratings and all those who don’t support same-sex marriage and disappear out of sight for good. And while you are at it take The Bachelor with you because you don’t even want to know what I think of that.