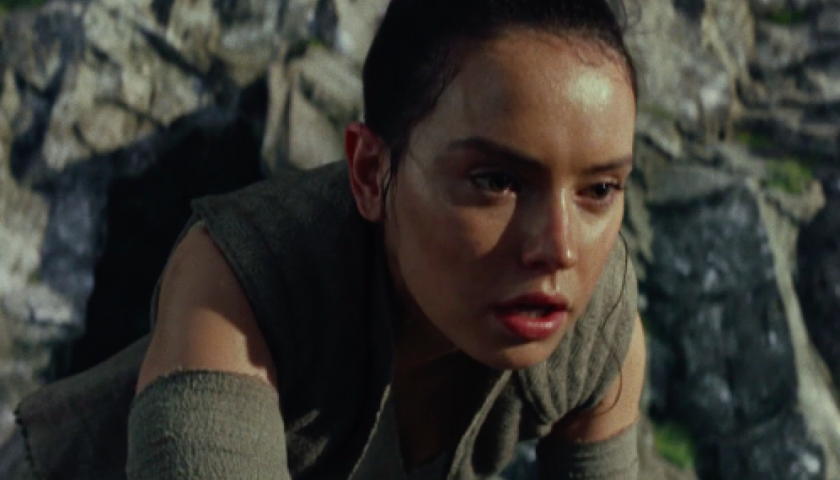 After what seemed like an agonizing amount of teasing, Lucasfilm has finally premiered the first trailer for Rian Johnson’s hotly antipicated Star Wars: The Last Jedi at Star Wars Celebration on Friday. As predicted, the trailer is light on plot, but we do get some glimpses at what we can expect, including Rey’s possible training and another showdown between good and evil.

Luke Skywalker (Mark Hamill) finally gets to speak after his wordless appearance at the end of The Force Awakens, asking Rey (Daisy Ridley) to describe her visions. “What do you see?” he asks.

“Light,” she replies, and we see a silhouette of Leia (the late Carrie Fisher). Then “Darkness,” with a mask lying in ashes. And finally, “the balance” with a shot of the Jedi insignia on a faded piece of paper.

The title The Last Jedi has already prompted no end of speculation about the film’s plot, and the trailer will only fuel the flames. “It’s time for the Jedi to end,” Luke tells Rey at the end. Between the ominousness of that line and Luke’s placement on the newly revealed poster, where he’s drenched in red alongside his Sith-idolizing nephew, the takeaway from today’s event might be that Luke has turned, or will turn, to the dark side. But more likely, he’s just another reluctant mentor in the saga, one who tried and failed to revive the Jedi and is now ready to see them die out as a new generation takes up the fight.

We might have to wait to find out until the film’s release in December to be sure.