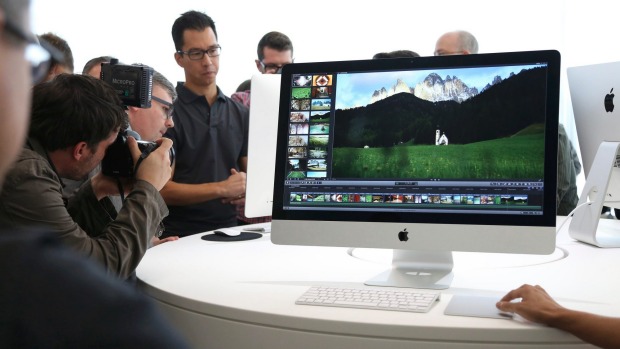 Apple last week announced some minor upgrades to its Mac Pro desktop computer, which it says will be followed by a major overhaul of its high-end Mac.

It’s been four years since Apple announced any sort of update for the computer, leading some to worry that the company – which famously worked to usher in a “post-PC” era – was letting mobile overshadow the humble desktop. But as Apple’s announcement proves, we may not see desktops die completely, even in an era when mobile devices are our most-used gadgets. What may happen, however, is that desktop computers take on a new form.READ MORE: * Apple says sorry over Macs * Will the Apple iPad Pro replace computers? Judging by what companies have been trying lately to keep excitement alive in desktops, consumers may see the companies shift from affordable computers that can work in every home to higher-end, more specialised machines. There’s no denying desktops have been on the decline. Sales growth for computers, particularly desktops, has been sliding since 2012, according to consulting firm IDC. A recent study showed that Android overtook Windows as the world’s most-used operating system overall. A similar thing happened with Apple in 2012 when its mobile operating system, iOS, was logged as getting more usage than Apple’s desktop operating system as consumers turned more to their iPhones, iPads and iPods.

Basically, desktops have seen their main functions eroded by an army of new devices. Need a big keyboard on which to type? There’s a cheap laptop, or a Bluetooth keyboard, for that. Want to stream an online movie? You can do that straight from your TV.

But the truth is that we may never go truly “post-PC” – or post-Mac, as the flurry of breathless articles over Apple’s plans for the Mac Pro indicated.

There’s always going to be things for which we need a computer.

In fact, Deloitte last year claimed in a study that even the youngest of millennials, those ages 18 to 24, are still relying on desktops and laptops a lot for specific tasks, including shopping, banking, watching video and creating text and image files.

On top of that, companies are working to create desktops that fit into a world where mobile devices are increasingly doing most of the heavy lifting.

For Apple, part of the solution seems to be making the Mac Pro more customisable, and therefore more flexible when it comes to fitting people’s needs.

Craig Federighi, Apple’s senior vice president of software engineering, said that the company is working on making the iPad Pro work better with the desktop as a way to convince people that they still need both devices.

Microsoft appears to be dealing with PC shifts by taking the best of mobile technology and bringing it to the desktop, often in big, beautiful fashion.

The Surface Studio, a 28-inch touch screen desktop computer that’s also US$3000, lets you use a stylus as well as a dial that Microsoft designed just for this touch screen.

Samsung is trying to make your desk completely mobile-based.

The company this month showed off a desktop mode for its upcoming Galaxy S8 phones, which lets you plug your phone into a dock and use it with a monitor, keyboard and mouse for a more desktop-like experience.

It’s the kind of product that, in theory, that could kill the desktop as a widespread device. But it will take some time for mobile solutions like this to take off because they’re still a little bit rough around the edges, said Gartner analyst Mikako Kitagawa.

“The reality of putting your small device onto your large screen is that you have to adjust screen size and applications to fit. Those little subtle changes are hectic, and it’s not realistic to use them,” she said.

So, judging by how the desktop market has evolved over the past several years – and where it’s headed – the upshot seems to be that you’ll probably be spending more for a desktop, but possibly using it for fewer things.

Kitagawa said that, in her opinion, desktops will settle at around the US$$1000 range for consumers who don’t want the high-end machines that you’d see in a professional setting, but want the power for gaming, video and photo editing or other hobbies.

“That’s going to be the sweet spot,” she said.