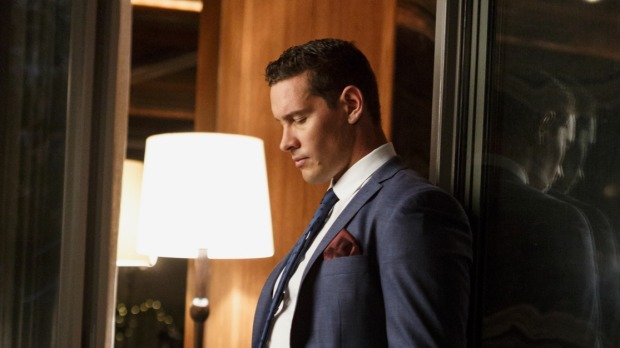 It was the night the nation was blindsided.

“One of you will be spending the day with Zac and the other will be heading home right now,” declared Dominic Bowden.

Who would go home – Bel or Claudia?

No Dom, not okay. Zac is a nice guy, it was not like he could just flip a coin…or could he?

But first, a single date!

“This week I want there to be a single date and I want my name to be on it,” said Bel.

Bel needed to calm down and wait her turn: Vanessa still hadn’t had a single date yet. But this is drama, not a fair game, so it emerged that it was Viarni’s name on the card.

Zac took Viarni for a romantic walk through a central city park.

The pair ran through the sprinklers together, took a boat out on the lake and, for once, admired something other than the markets of Thailand.

“That’s what I like about you V, we can just hang. You’re pretty good to look at too,” said Zac.

Oh Franich you sly dog, why didn’t you just give her a rose right there and then.

But V was deflecting all his serious questions like some sort of superhero.

It obviously did not deter him because before we knew it, Zac was wearing a silky robe, giving Viarni a hot oil back massage.

Afterwards the pair got stuck in to their second make-out of the day and V got her rose. No surprises there.

Back to the bombshell bigger than it being eleven degrees this morning because of the arctic blast. #PrayForAuckland.

The group date with Bel and Claudia got off to an awkward start as the trio tried to configure some sort of equal seating arrangement.

Bel then told everyone it was her cat’s first birthday on Monday.  I once celebrated my friend’s dog’s birthday, but I was 15, not 25.

The trio were then confronted by Dom, with that all important question: who will stay and who will go?

After having convinced Bel to stay the night before, he let her go. Ruthless, but at least he didn’t flip a coin.

“RIP to Bel, who didn’t make it through the week,” said Hannah.

She didn’t die, but it could be argued she was in a better place, back with her cat children.

The rose ceremony looked a bit underwhelming with only six girls and one Zac.

The chat police, aka Hannah, wanted to know where Zac had gone and why he had been spending so much time with Vanessa. “According to my watch they have actually been up there for half an hour,” said Hannah. Then Lily pulled Zac away and asked him a series of random questions from the bottom of her left foot.

For the first time, Lily was in the bottom two but it was clear Zac was not going to let her go.

In the second most predictable choice of the episode, Zac chose to keep Lily and let Vanessa go.

No surprises there, but at least it was enjoyable to watch.

The Bachelor NZ airs Sunday at 7pm and Monday at 7.30pm on Three.