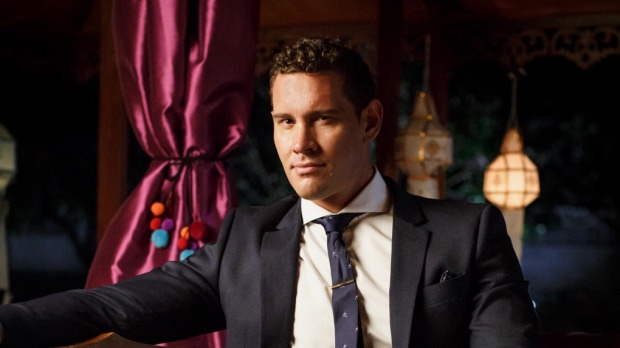 A thousand technical dramas later, I made it.

I have had to pull out my absolute dinosaur of a laptop to keep the nation up to date with what happened in the all important Bachelor.

The group date once again takes place first, the producers idea of mixing things up I assume.

Bel, Jess, Lily, Rosie, Vanessa, Hannah and Claudia are going to get amongst it, hanging out at an elephant sanctuary.

Usually I’m against the shameless plugs but today I gotta give them props for giving air time to a charity for a change.

Everyone except Dom has turned up wearing their matching ponchos. Not cool Dom.

Bel has been there done that, caring for animals and saving the world and boy is she letting everyone know about it.

Rosie and Vanessa don’t look very sure about this elephant/getting dirty nonsense but they give it a go.

Lily got some dope as elephant kisses and she is loving it but not nearly as much as Bel.

“We all loved it but Bel was off the bloody charts,” says Lily.

All the girls are hoping Zac will look at them the way he looks at those elephants.

I would be all for an elephant intruder because that would finally be a surprise I didn’t see coming.

The wisest elephant in the world, Mae Bae, gets to decide who gets one-on-one time with Zac and she picks Claudia.

Bel is absolutely fuming that Claudia ‘pushed’ the fruit into the elephants mouth.

Claudia’s ‘match fixing’ means the pair’s bond gets stronger and she gets a rose and a kiss.

If the number of kisses you get translate to how Zac feels about you, Claudia is most definitely winning.

Now for the single date, new girl Sarah gets the one-on-one time with Zac and boy am I glad.

As far as matches go on paper, Sarah is Zac’s perfect girl.

The pair get to do a bit of couples yoga and it doesn’t really look like it’s Zac’s forte.

“I’ve never been on a date where I’m upside down, touching bums,” says Sarah.

Wow, haven’t you Sarah? That is super surprising.

The pair then do something a bit more up Zac’s alley – ocean kayaking.

He tips her out of the kayak into the water where live fish are currently located.

She takes it surprisingly well, considering. I’m sorry Zac – if you had done that to me, I would have murdered you.

Christchurch girl Sarah gets a rose that everyone saw coming from a mile away.

It’s cocktail party time and Zac is out to find out which girls he shouldn’t really bother with anymore.

Ally pulls Zac away first and “low-key freaks him out a bit”.

Ally pulls up her dress and reveals a sloth tattooed on her butt accompanied by a drawn-on quote saying “take us on a date”.

I think everyone including Zac wants to know how that tattoo came about. Turns out it was just a drunken mistake.

How drunk were you Ally? We have all had our moments but never once have I thought “yeah, tonight’s the night I get a sloth tattooed on my butt”.

Other than his brief interaction with Lily, Zac looks like he has completely checked out of tonight’s party.

“There is something that Lily has got that Zac is attracted to,” says Jess.

Of course she does, she is one sick chick and she is gonna get that rose.

And now for the bombshell – tonight two girls will leave the mansion.

These girls are getting really good at their shocked faces because this surprised me about as much as the sun rising every day.

Down to the wire, the suspense was off the charts but ultimately Rosie and Jess were sent home.

Everyone was upset for all but a minute before they found out they were heading to Bangkok.