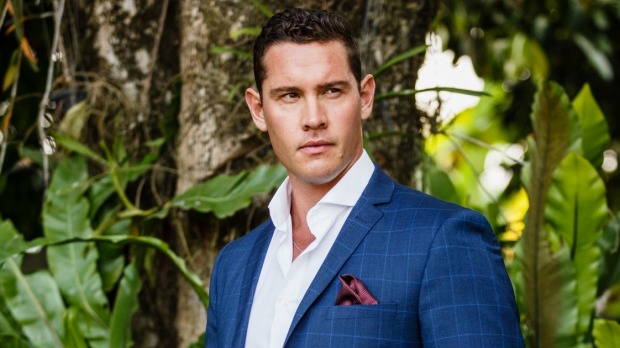 It was bye bye Chiang Mai, hello Bangkok, in Monday night’s episode of The Bachelor.

“Bangkok is Auckland on steroids, times one thousand” said Claudia, who wasn’t selling me on the city one little bit.

I get stressed going into Auckland city at off-peak time, so I can only imagine how much I would dislike Bangkok.

The girls were all chilling in the loft-style living room in their Siam Siam dressing gowns. Who doesn’t put on the robe and slze 20 slippers as soon as they check in?

READ MORE:
* The Bachelor NZ’s Rosie: ‘Everyone loses their cool, I just did it on TV’
* The Bachelor recap: Who is the girl with the sloth tattoo?
* Ex-bachelor Jordan Mauger says show wasn’t real
* Bachelor: Molly reveals what she really thought about Karina and Dom
* The Bachelor Recap: Karina reveals she dated host Dominic Bowden, and chaos ensues

Despite Ally’s attempt at willing Zac to give her a date, Lily got the nod.

I’d pretend to be surprised but the ad last night showed someone in a Led Zeppelin t-shirt holding Zac’s hand.

There was only one girl that could have possibly been.

Lily tells the Thai lady helping them make desserts that Zac was husband material. The Thai lady politely laughed because she has no clue what was happening.

Despite all their light-hearted joking, Zac truly wanted to get to the bottom of who Lily is and where she was at in life.

Lily admitted she wanted to find a person to ground her and that impressed Zac.

Lily was given a rose and in return she gave Zac a cheeky pash.

I would love to see Lily win, mostly because I can see that Zac truly thinks Lily is amazing. But alas, I think the age-gap will be their downfall.

Then it was time for the group date and it has something to do with the girls ‘holding onto their horses’.

“There is always one chick that is obsessed with horses, who is it?” asked Lily.

Bel put her hand up unashamedly, surprising nobody that the crazy cat lady was also the crazy horse lady.

Bel, Vanessa, Karina and Ally were picked for the group date which indicated that the Group Date Curse was likely to strike again.

The four are falling to the bottom of the pack and Zac seemed to be figuring out who to cut next.

Karina talked the ear off of Zac about absolutely nothing and left Bel feeling yet again cheated in a group date.

Vanessa and Ally finally got their time with Zac and he appeared to enjoy their company, even if they were chirping at people on the road.

Turned out Vanessa was an expert at annoying animal noises. I think Zac should definitely keep her around because of this.

My flatmate Darren, who actively avoids Bachelor time, even messaged me to comment on how extraordinary the noises were.

Ultimately Ally won the one-on-one time with Zac, perhaps because she kept her animal noises to a minimum.

The pair explored a busy Bangkok street eating scorpions and drinking beer but it was not an amazing date.

I feel for Ally who had tried her hardest to impress Zac but he just wasn’t going to hand out that rose.

The cocktail party got underway but the mood was dampened by everyone’s bad vibes.

Viarni has begun to look a little bit petty and desperate and I don’t like it.

Zac was torn away by Hannah who waited all of 30 seconds after Zac took away Sarah for a chat.

The awkwardness of the night was palpable and it was beginning to look like the world’s worst party.

Bel interrupted an intimate moment between Claudia and Zac when he was showing her some family photos.

Karina thought Bel had taken photos of her cats to show Zac but it was revealed someone ‘stole’ them. Pity, because that would have made for some excellent television.

Surprisingly, Bel was given a rose and I wasn’t sure why Zac picked her over Ally.

It was Zac’s decision and I had to respect it. I didn’t have to like it though. #BringBackAlly.