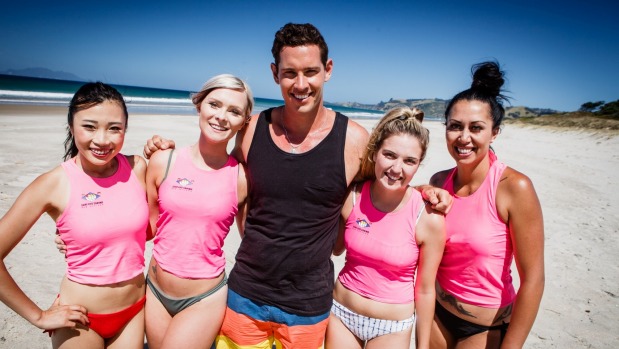 OPINION: I have a confession to make. A highly embarrassing confession. Few people know. I’m obsessed with The Bachelor – and have been for some time.

I’m talking about the 15-year-old American show (though I also watch the New Zealand version). If you’ve somehow managed to avoid this television phenomenon (and I find that hard to believe), it’s a “reality” show where the eligible lead meets and dates around 25 women, gradually eliminating them at weekly “rose ceremonies” over a couple of months while they’re sequestered from the outside world.

At the final rose ceremony, he breaks up with his runner-up and pledges his devotion to his Chosen One, usually proposing.

The tables are turned for The Bachelorette, though the guy still does the ring thing.

When I say I’m obsessed, I mean really obsessed. The show screens here the day after the US, so on Tuesday nights, I check and recheck TVNZ on Demand until the episode pops up.

My husband then interrupts me at his peril, unless he’s bringing me chocolate.

There’s more. When I’m meant to be meditating, I sometimes find myself pondering who will be this season’s top four, who foolishly chose the wrong person and which contestants from different seasons would be a good match.

I read the Bachelor and Bachelorette pages on reality-TV fan site Wetpaint, with its updates on my favourite contestants and such investigative articles as “A Definitive Ranking of Every Bachelorette’s Wardrobe Through the Years”.

Sometimes I read Bachelor-related articles and blogs on other sites.

All this means I tend to accidentally find out who wins about halfway through the season, which ruins it somewhat. Blame Steve Carbone, aka Reality Steve: only in America could you actually make a living from spoiling reality shows.

Heck, I might as well admit everything. I once woke up from a dream where I was a contestant and was crushingly eliminated. And were I single, younger and hotter, I would have got out the of the limo myself for the most recent US Bachelor Nick Viall. He was runner-up on two seasons of The Bachelorette, so clearly I know him on a deep level.

All this despite the fact that I don’t have a TV, and only watch the occasional drama series through the computer.

I read The New Yorker and run a classic literature group. So how did I fall so far down the rabbit hole?

It sucked me in slowly. Back in 2002, when I watched the first series on an actual TV, I could take it or leave it. I skipped whole seasons.

My addiction began during a period of ill health, when I needed any sort of distraction, and intensified when, rather than choosing a fresh Bachelor, they started bringing back the previous season’s most likeable rejected contestant as the lead.

They’ve admitted they do this because viewers are already “invested” in that person.

What else got me so hooked? Escapism, voyeurism, the train-wreck TV, the wannabe matchmaker in me? All of the above, I reckon. The American contestants fall in love, or what they think is love, pretty darn quickly, so the bedazzled proposal is probably the closest we’ll get to seeing someone else’s love story, right down to the pores on their faces.

Plus having been rejected romantically more than once, I’m strangely fascinated by how other people take rejection.

I also like to wonder at the naivety of the US contestants, who seem to forget they have only a 4 per cent chance of being chosen, forget to stop at two drinks and forget their worth isn’t defined by a rose. Perhaps more importantly – particularly in 2017 – is that the show operates in such an alternative universe that we can block out the real world briefly.

There’s only one season of the US The Bachelor a year and one of The Bachelorette, so naturally, spin-offs came along to fill up the off-season.

But only the US version is crack cocaine to me and I have my theories on why. Because the States has a far wider pool of applicants, producers manage to find some really likeable and eligible (if mathematically challenged) contestants that you’ll root for, plus plenty of what I’ll just call Good Talent.

The casting process includes a psychological evaluation (you need one if you’re applying, right?) but you can be sane and still be a drama queen.

Then there are the producers, who egg on drama, ask leading questions, edit very selectively (the winner’s edit, the villain edit, the bitchy edit) – and sometimes dub in words and facial expressions filmed at other times.

Former The Bachelor producer Sarah Gertrude Shapiro revealed in The New Yorker that her job was “complicated manipulation through friendship”: giving women terrible advice, depriving them of sleep, making them think they’ll be chosen and driving them round in the exit limo til they crack and cry. I’ve also heard that wine glasses are refreshed very regularly.

But I still watch. To my husband’s amusement, I even find myself defending the show. Shapiro’s series UnReal – a satirical dramedy about a rose-based dating show from a deeply conflicted producer’s point of view – is highly exaggerated.

The Bachelor isn’t scripted, they don’t tell people who to pick and they definitely don’t steal people’s anti-depressants. But it’s guilty on other counts, so good on UnReal for drawing attention to how manipulative and sometimes ethically dubious the show can be.

And yet the franchise has spread round the world like a virus. I used to half-joke about bringing The Bachelor and The Bachelorette to New Zealand – I even had a couple of candidates in mind. But I was too slow to collar US Bachelor puppet-master Mike Fleiss (TV3’s credits misspell it as Fliess).

Now that I’ve seen two seasons of the New Zealand version, I have to say it falls comparatively flat.

It’s a different beast altogether: watchable, but not addictive. I don’t think that’s down to the over-the-top music or the cringe-worthy replaying of the girl-meets-the-Bachelor moment with some sort of weird, grainy filter.

The concept feels even more forced, given New Zealand doesn’t really have a dating culture. The Kiwi girls tend to see it for what it is: they don’t fall in love while their partner is dating multiple people and don’t dramatically over-rate their chances.

Plus, with a few exceptions, the ladies aren’t as nasty or melodramatic as some of the US contestants and there’s a lot less producer-manufactured drama.

And for there to be natural drama, the guy has to be a real catch. Is it really so hard to find a bachelor who has some charisma and conversational skills or is just ridiculously good looking?

This season’s Zac Franich awkwardly talks about “doing his rounds of the girls”, but it won’t take much to top season two’s Jordan Mauger, and not just because he broke up with his pick the day after the finale screened.

Producers will be hoping for a love story like that of the first Bachelor Art Green, who won his fair Matilda Rice (and lots of press for his CleanPaleo business).

I can sometimes pick the top four right out of the limo (though it looks more like a Lada in New Zealand). Without having any spoiler-y information whatsoever, I’m going to guess the final four are Bel, Claudia, Viarni and Ali. I’m going with Bel for the win. She and Zac have bonded over their misuse of cutlery, they play romatic music when she gets a rose, and she gets points for saying, “Oh my God, Nina, what the f… are we doing?”

Perhaps this had something to do with the positively ceramic shade of orange Zac turned in this episode. The spray-tanners also attacked host Dominic Bowden.

I reckon it’s time for The Bachelorette NZ. Having the woman call the shots is the only means by which I can (sort of, not really) reconcile watching these shows with my feminism.

There’s my confession. I’ve sort of shocked myself. Am I an enabler? Is this show skewing my world view? Should I talk to a psychologist about the fact I’d rather give up coffee than The Bachelor?