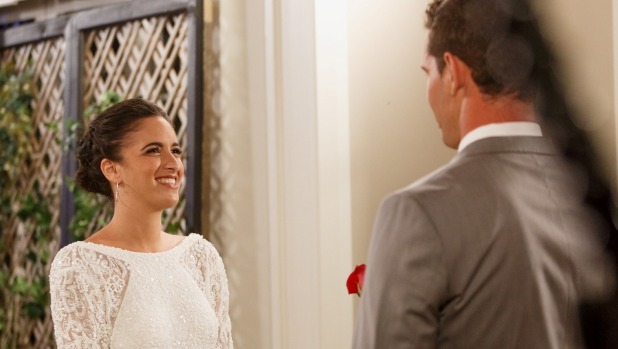 Bachelor Zac Franich is a bit of a Neville Longbottom according to Harry Potter fanatic and bachelorette Nina Weil.

“If Zac was a Harry Potter character he would probably be Neville Longbottom because he is super goofy, but he also becomes a babe,” laughed Weil.

Weil left the Bachelor mansion and subsequently Thailand on Monday night’s episode, when Zac did not give her a rose.

While that message seems pretty clear, Weil still feels unsure about why her journey with Zac came to an end.

“Lord I still have no idea. Maybe he just didn’t feel it and that’s OK,” Weil said.

She did wish she’d had more time with Franich, however, as she said there was more to her than just being a book worm.

“He didn’t know this about me, but I am super duper active too,” Weil said.

“I think we also both regard relationships and love the same way. We both believe in love at first sight,” said Weil.

The 23-year-old admitted that she went on the Bachelor to find a special someone but ultimately found the experience too intense.

“It was overwhelming as all hell, you have to really try to remember who you are in that situation,” said Weil.

The freelance graphic designer thought her true “weird and quirky” personality did come across on the show however.

“It was a very true representation of myself but I am not entirely made up of Harry Potter quotes, there is more to me. I mean not much more, but there still is more,” laughed Weil.

Although she admitted being a bit shocked at first, Weil wasn’t particularly surprised by the introduction of “intruders” – three new bachelorettes.

The concept had already been used on both the Australian and American Bachelor Weil said.

However Weil welcomed the girls in with open arms because “you should always treat others like you would like to be treated”.

Despite being teased for her awkwardness by fellow contestants, Katey and Lucia, Weil explained her nerves had got in the way.

“If I could do it over again I would just walk into the competition confident.

“I wouldn’t let my nerves get in the way of it this time because that was something that it took me a few episodes to get over,” said Weil.

As for who will win Zac’s heart, Weil is backing fellow Cantabrian Rosie.

“I want Rosie to win because I think she is amazing, she’s my girl. She is intelligent, beautiful, classy and any guy would be lucky to have her.

“I think her and Zac have a bit of a connection going on,” Weil added.