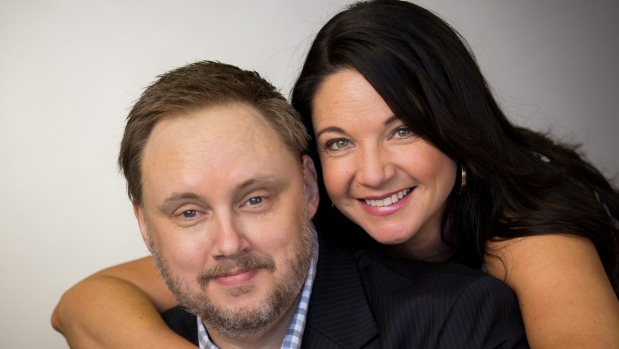 The feature-length episode, screening on May 25, will star the couple who are returning to the show after a 12-year absence.

Although we do not know if any other former stars of the show will make an appearance, there are certainly a few faces we’d love to see again.

A three year stint playing the heartthrob Ropata made Morrison a house-hold name. He went on to star in the Star Wars prequels as well as the iconic Kiwi film Once Were Warriors. Imagine if Morrison came back as Dr Ropata wielding a lightsaber? That would be hilarious. But fantasy weaponry or none, we would love to see Tem back on in Ferndale.

​Ah, who can forget dorky Lionel? His love story with Kirsty Knight was a fairytale one – until, in classic soap style, she got amnesia.

Although Kirsty moved on, surely the 25th anniversary episode would be the perfect chance for a Lionel/Kirsty reunion?

(And maybe we could finally find out what happened to the muffin man after he was swept out to sea.)

According to Wikipedia, Malcolm, who had a speaking role in Lord of the Rings, and starred in one of New Zealand’s most popular TV shows – Outrageous Fortune – credits Shortland Street as the highlight of her career.

It’s hard to believe, not only because I read it on Wikipedia, but also because this is the same woman that played Cheryl West. But if it is true, wouldn’t it be fitting that Malcolm return to the place where it all started for her? 4. Johnny Barker aka Joey “The Ferndale Strangler” Henderson

Talk about the best whodunnit storyline in Street history. Just who the Ferndale Strangler was, was the question on everyone’s mind, including my 13-year-old self.

Although, technically, Joey died, I feel like Shortland Street should make an exception for the big two-five and bring him back as a ghost.

If we are making exceptions for dead Shortland Street characters we should probably make one for Michael McKenna.

McKenna died following several heart attacks in 1999, meaning he has been dead for almost 20 years. But not only was this man father to one of the longest recurring characters, Rachel, he was like a father to a whole generation of fans.  Perhaps some sort of God-like apparition role would be fitting for Gittens? 6. KJ Apa aka Kane Jenkins

A role on Shorty has been the jumping off point for a lot of New Zealand actors’ international careers. Our Apa is no different, shooting straight from the streets of Ferndale to Hollywood as the new star of Riverdale. It would be great to bring a bit of young blood back to set. While you are at it KJ would you mind bringing Ed Sheeran back with you too?

At the tender age of 21, Urban graced our screens as paramedic Jamie Forrest. He was young and handsome, and we were hooked.

However his age and good looks weren’t the only things about the character that were important. Forrest was Shortland Street’s first openly gay character, something that was highly controversial in 1993. Given how far we have come since then, it would be great for Forrest to come back and meet the show’s first Transgender character, Blue Nathan.

​If there was one person who made Shortland Street considerably more enjoyable, it was Gerald, a flamboyant character who was always there to provide a bit of comic relief.

After leaving the show in 2010, McNaughton briefly brought Gerald back to Shortland Street in 2012 for a few episodes with wife Libby Jeffries (Fleur Saville). The hospital just hasn’t been the same since the pair left again.

Elizabeth McRae hold a special place in the Shortland Street mythos – she spoke the show’s first ever line: “Shortland Street accident and emergency centre.” As such, Marj was Shortland Street’s first ever receptionist. That coveted position has been held by many different folk since, but no one will ever did it like Marj did.  In the world of the show Marj left in 1996 to become a politician, so there’s is no reason she shouldn’t come back and deliver a great first line again.  10. Martin Henderson aka Stuart Neilson

It is hard to believe that Henderson hasn’t always been a Hollywood hotshot.

In the 90s, he was just a would-be heart throb on a little New Zealand show called Shortland Street with a mild case of teen acne and a floppy fringe. Henderson played Stuart Neilson, the son of Marj Brasch, who stuck around for three years before moving to India.  The actor hasn’t strayed too far from his hospital drama roots, now starring as Dr Nathan Rigg on Greys Anatomy. Henderson is currently back in Auckland so we can only hope it is for a short stint on Shortland Street.