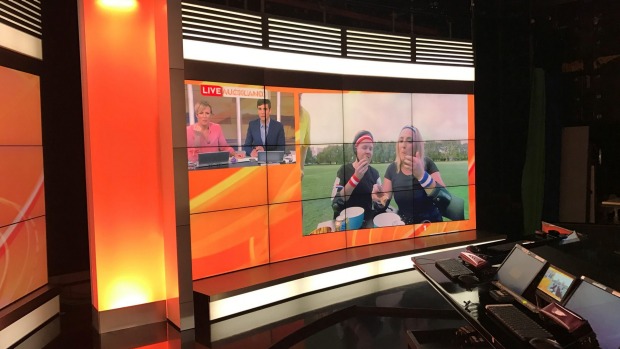 Television New Zealand managers are understood to be touring the broadcaster’s offices to outline the impact of newsroom cuts that were first flagged last month.

Sources have suggested there will be a net loss of about 20 jobs, though it is not clear TVNZ will be in a position on Thursday to confirm final numbers.

TVNZ spokeswoman Emma Kate-Greer said it wanted to complete the meetings before commenting to the media.

Chief executive Kevin Kenrick said last month that, to cut costs, TVNZ planned to reduce the number of news editors and producers it employed and encourage some of its reporters to move to the provinces.

TVNZ presenters would not be affected by this particular stage of the company’s restructuring, he said then.

It is part of a wider redesign of the business that Kenrick has said is needed to “fundamentally lower” TVNZ’s costs to reflect the declining advertising market.

Kenrick questioned in March whether there would be space for more than one free-to-air TV broadcaster in the longer term – appearing to raise the possibility of collaboration or even a merger with TV3-owner MediaWorks down the track.

The scope for collaboration could depend in part on what signals the Commerce Commission sent about the media industry, when it delivered its ruling on Fairfax New Zealand’s proposed merger with NZME, he said.

That merger ruling is due to be announced on Tuesday.