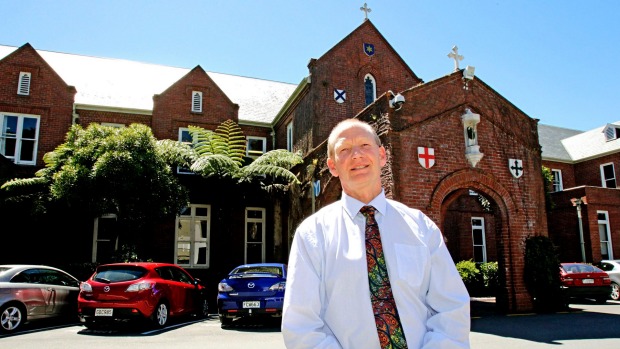 A pair of female teachers who quit an Upper Hutt Catholic boys school after being sexual harassed by students have legal options up their sleeves.

A letter sent to the parents of St Patrick’s College, Silverstream students by rector Gerard Tully on Thursday said the two female staff members decided to resign as a result of “considerable distress” they experienced.

Four year 9 boys were suspended from the school in early March after filming the teachers inappropriately, in a case the school described at the time as “most distressing”.

The boys’ suspensions were lifted days later, and they were allowed to return to school.

Education Minister Hekia Parata said “legal action is now in progress” over the incident but did not clarify who was behind it.

“I expect that the board of the school will be concerned, and will be taking responsible measures.”

Employment lawyer Susan Hornsby-Geluk said the teachers had two legal options open to them. Both boiled down to whether the school did enough to prevent the harassment and whether it did enough after the harassment came to light.

If the teachers won either, or both, cases they could be eligible for three months’ or more salary paid out for lost wages, as well as further compensation.

But neither avenue was a slam-dunk approach for the teachers.

If they took a personal grievance for constructive dismissal – essentially claiming they had no option but to resign – they would have to meet a “quite high” threshold of proof that their jobs became untenable.

“If I was acting for them I would be pursuing both avenues.”

“Their two primary concerns need to be the safety and wellbeing of their teachers and sending a very clear message to the boys that this kind of behaviour is totally unacceptable.”

Tully released a statement on Thursday that said the two female staff members each decided they were unable to continue employment at the college in the wake of the sexual harassment incident.

“We acknowledge, with thanks, their dedication and work in our community. We remain committed to developing within all our students the appreciation of, and respect for, the inherent dignity of each person,” the statement said.

“In our particular environment, this specifically includes the appropriate and respectful treatment of women and girls.”

A parent with a son at the school said the resignations set a terrible example.

“I am gutted that the school has shown our sons you can get away with sexually harassing their teachers.”

Sexual abuse survivor and victim advocate Louise Nicholas said it sounded as if the teachers had been put in a position where they felt they had to leave.

She described the situation as a “hugely sad set of circumstances” and said the teachers’ departure was a massive loss to the school and the community.

But if they had stayed the women would have had to face, almost daily, the students who harassed them.

“There would be no trust in these children – they would feel extremely uncomfortable.”

Tully said earlier that the school’s board of trustees discipline sub-committee had decided it was best the boys remained at the school, and “affect positive change” by working with them.