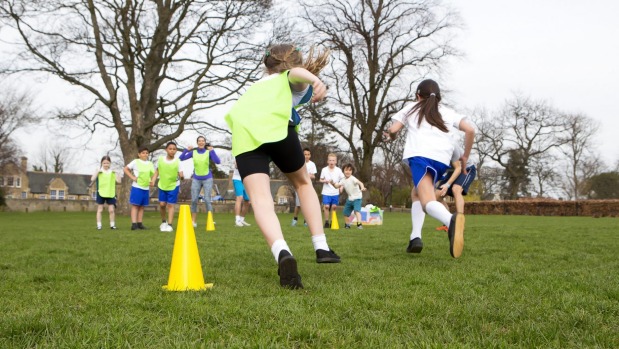 Kids could end up missing out on playing their favourite sport, principals warn, as working parents and time-poor teachers leave fewer people to coach and manage secondary school sports teams.

A new report by the Education Review Office notes that it is becoming increasingly difficult for schools to get parents involved in coaching sports teams.

In the Wellington region, 60 per cent of secondary school students are involved in sport, according to the latest New Zealand Secondary Schools Sports Council census on participation.

But just 26 per cent of school staff in Wellington help out with secondary sports, according to the census, leaving a large coaching gap for parents and the wider community to fill.

In the past there was almost an expectation that teachers would take on a coaching or managing role when they started at a new school, Otaki College principal Andy Fraser said.

Many teachers were still involved in sport today, but other demands on their time had continued to “grow and grow and grow,” he said.

Otaki College was currently on the lookout for people to coach its netball teams and basketball team. Fraser expected parents would eventually fill those roles, but the “cold hard reality” was that if no one stepped up then the students would not have a team.

Rongotai College, in the Wellington suburb of Kilbirnie, was lucky in that it had a supportive community with high participation from staff, parents and the wider community, the school’s principal Kevin Carter said.

If teachers or parents were not able to help out, senior students could coach the junior students while others in the community, such as old boys, pitched in.

St Patrick’s College, Kilbirnie director of sport Jonathan Millmow agreed there were more parents than teachers taking on coaching roles. But his school was also in the fortunate position of having a good pool of volunteers to draw on.

COACHING SCHOOL SPORT IS ‘WORTH IT’

Brendan Holland has coached his son’s football team at St Patrick’s College, Kilbirnie, for the past three years. The commitment took up about five or six hours of his time a week, and the payoff was worth it, he said.

“I’m a parent, so obviously I want to see his team looked after, but on a personal note I just love seeing people move on in life and achieve things. Having a chance to play a role is cool.”

The lack of parental involvement in school sports these days could be down to intimidation, Holland said.

But he had never let the fact he was “useless” at football stop him from finding a way to motivate his players.

Holland said he had enjoyed some really satisfying moments as a coach, including winning a championship a couple of years ago.

“There’s a couple of kids there that could have gone the wrong way in life, I like to think some of the values we managed to get across in sport helped them step up.”